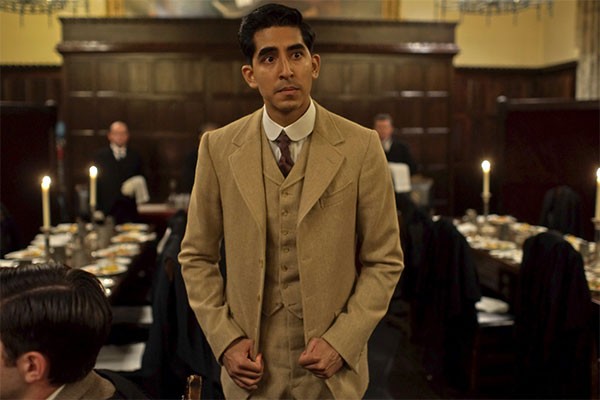 The Man Who Knew Infinity

I can’t remember if I’d ever been the youngest person in the movie theatre until I went along to The Man Who Knew Infinity – and I don’t just mean by a few years, I mean that the next youngest person was probably in their mid-50s. When the lights came on at the end I saw that at least a couple of people had nodded off, although I’m not sure if that was because of their age or the film itself.

Directed by Mathew Brown, The Man Who Knew Infinity is a biographical drama of the real-life Indian mathematician Srinivasa Ramanujan (played by Dev Patel), who, despite an impoverished upbringing in Madras, earns admittance to Trinity College at Cambridge University just before the outbreak of the First World War. During his five years at Cambridge, under the guidance of Professor G. H. Hardy (played by Jeremy Irons) Ramanujan would become a pioneer of mathematical theories, many of which are still ground-breaking today.

Despite my limited mathematical ability (level three stats was a long time ago), the film did a reasonable job of explaining some of the theories and formulae that these guys were coming up with. A major source of tension in the film was Ramanujan’s intuitive approach to mathematics, contrasted with Hardy’s rigorous, proof-oriented beliefs. This plays out in a clash of personalities, the spiritual dimension of Ramanujan’s work distinctly in opposition with Hardy’s rational beliefs and atheist views. Dev Patel and Jeremy Irons work together well and there are some genuinely touching moments between them. Toby Jones injects some humour into the film as comedic Hardy’s fellow academic John Littlewood, which helps to give the film momentum.

However, the film lacked the punch that other biopics manage. While exploring racial and cultural tensions in early 20th century England, there were many other aspects of the film that could have been developed further, such as the backdrop of World War One and Ramanujan’s personal relationships. Suited more to an older audience or one with a particular interest in maths, it’s unlikely to leave you feeling overly fulfilled but worth a watch all the same.