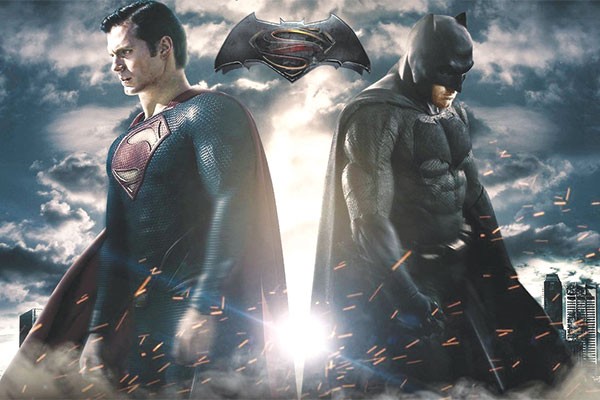 Ok, so, Batman v Superman was just terrible. During the exhausting 2hr 31m runtime, the film follows the plight of both an unpopular Superman and ageing Batman as they initially battle each other, and then combine forces to take down a villainous Lex Luthor. To be honest, I walked out of the movie not having a clue as to what I just watched – the film synopsis above is actually courtesy of the Internet.

Basically, the film opens with some pretty edgy scenes summarising Batman’s dark familial past, and then jumps to some action shots of Gotham being destroyed by Superman (what I later realise is Bruce Wayne’s real beef with Clarke Kent), and then we are suddenly somewhere else, where Lois Lane is in trouble - but no worries, ‘cause Superman turns up and saves her. And so it goes.

I have to say that I was genuinely disappointed. Without spending my childhood pouring over comics, I would say I’m a friend (not foe) of the comic world, and really wanted DC’s newest blockbuster to be a success. Boasting a massive cast, with Ben Affleck as the newest incarnation of Batman, Jeremy Irons as the Alfred, Henry Cavill and Amy Adams returning as Superman and Lois Lane respectively, and Jesse Eisenberg as a decent but predictably twitchy Lex Luthor, the film had made some pretty solid casting choices. But ultimately, the absolute lack of any coherent plot, character development, or interesting scene interchange and/or dialogue, rendered the whole thing a bust.

Probably more fun than actually seeing the film was reading the various scathing reviews about it. A special note must be given to the creator of ‘Sad Affleck’, a YouTube clip that has gone viral since being posted (check it out, it’s comedy gold), and a number of quality one liners born out of negative reviews, had me in stitches all evening (see the Guardian’s compilation of the most savage Batman v Superman Reviews).

I do apologise for the general lack of film reviewing that has occurred here, but there just isn’t much else to say. The only redeeming factor in an otherwise wasted two and a half hours at the cinema? Alfred’s glasses (seriously, they’re very hip). So trust me when I say, only those truly dedicated to the DC fandom should be shelling out genuine currency to see this one.