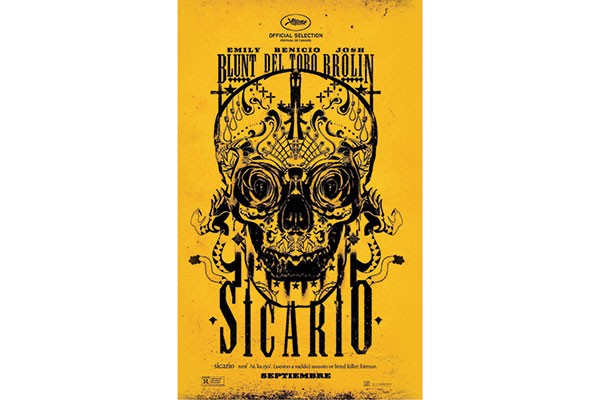 Sicario follows FBI agent, Kate Macer (Emily Blunt), as she enters into the CIA’s secretive world. The agency has been trying to shut down the Mexican drug cartel that governs the border between the USA and Mexico. As a drug taskforce agent, Kate has dealt with many domestic drug busts — often coming face-to-face with the horrific results of cartel crimes. Kate’s final drug bust unearthed countless mutilated bodies hidden in the walls of the house that she and her team infiltrated. Following this discovery, she is asked to join a taskforce specifically created to fight in the war against drugs. Alejandro (Benicio Del Toro) and Matt (Josh Brolin) — along with a trained tactical team — are her partners in the field, although they do not treat her as such.

An idealistic agent, Kate is set on following procedure to take down the bad guys, and she struggles to accept the methods with which this team approaches the drug cartel. Finding herself in too deep, Kate is forced to make a serious decision — one where she must sacrifice her ideals in order to stay alive.

Director Denis Villeneuve incorporates long, drawn-out shots without losing viewers’ attention. Not only are they stunning, these scenes give the audience something rarely found in a crime film. With unique angles and slow pans that give way to the intrigue and mystery of the Mexican drug world, Sicario keeps the audience in constant anticipation and awe.