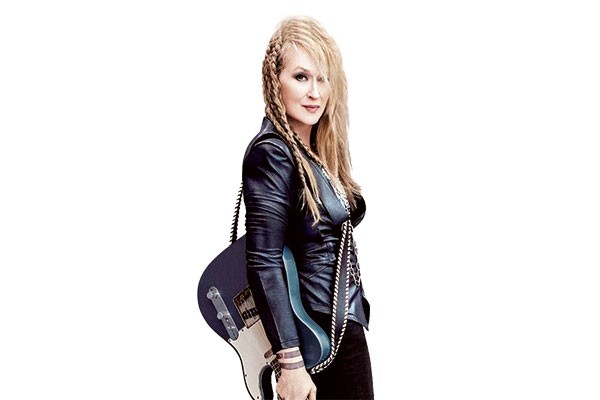 Ricki and the Flash

Meryl Streep is not only an incredible actor with a great set of pipes, there is also just something unique about her that leaves me in awe. But, for me, nothing will ever top her performance as the stylishly cold Miranda Priestly in The Devil Wears Prada. However, with impressive acting and a surprisingly original storyline, Streep in Ricki and the Flash comes pretty close.

The film follows estranged mother, Ricki Rendazzo (Meryl Streep), a wannabe rock star who gave up her family in pursuit of her dreams. Living in Tarzana, Los Angeles, Ricki performs in a local pub with her ragtag and borderline elderly band, The Flash. Receiving a call from her ex-husband, Pete, Ricki learns that her daughter, Julie (Mamie Gummer), has recently attempted suicide after discovering that her husband cheated on her and subsequently left their marriage.

Ricki flies to Indianapolis in the hopes of healing Julie’s broken heart. Unsurprisingly, Julie is furious at her mother’s attempt to swoop in and save the day. After walking out on her family when Julie and her other two children, Josh (Sebastian Stan) and Adam (Nick Westrate), were only young, Ricki’s relationship with them is dysfunctional and distrusting.

However, it isn’t long before Ricki’s relaxed and playful attitude gets Julie cleaned up and out of the house, soothing a little of her daughter’s broken heart in the process. But following a tense and revealing confrontation with Pete’s second wife, Maureen (Audra McDonald), an upset Ricki returns to Tarzana, continuing her late night performances and eventually finding love with one of her band mates. Gradually she makes amends with her children — returning to Indianapolis for Josh’s wedding and surprising him with a performance from her band — a musical gift that help mends the rift she had inadvertently created.

I have nothing but love for this film. The acting was heartfelt, the songs were Grammy-worthy, and the storyline (although ending far too neatly) was, for once, different. Maybe it was the impressive acting, or perhaps it was Streep’s touching rendition of the original song Cold One — either way, a few tears escaped.