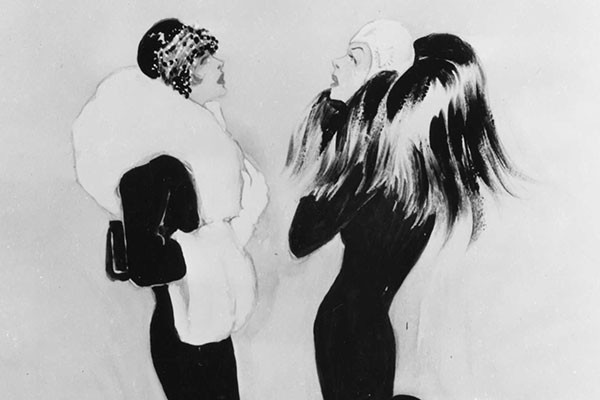 In Women He’s Undressed, director Gillian Armstrong goes beyond fashion and offers the audience a comprehensive insight into the life, motivations and tribulations of Australian, Orry Kelly — a costume designer whose success is unknown to most of Australia.

Using an Orry Kelly stand-in (Darren Gilshenan) to narrate the pivotal moments in the designer’s life, Armstrong follows the protagonist’s move from Sydney to New York. After becoming involved in the city’s underworld, Kelly — with the help of his parents — chose to start a new life in America, and in the process, he evaded one of Sydney’s most notorious crime lords. While in New York, Kelly fell in love with a budding English actor, Archibald “Archie” Leach. During the prohibition era, the pair effortlessly fell into the city’s vibrant homosexual speakeasy scene. With a background in fine arts, Kelly spent his time designing murals for the mafia’s illegal bars and sold handpainted ties while Leach auditioned for Broadway productions.

In the early 30s, the couple settled in the bustling cultural heart of the country, Los Angeles. However, their relationship eventually came to an end due to the impacts of the Great Depression, the mistreatment of the homosexual community and Leach’s break in North by Northwest. Despite the disintegration of their relationship, not only did Leach (who soon changed his name to Cary Grant) find success in the entertainment business — so did Kelly. Catching the attention of Jack Warner, a founder of Warner Bros. Entertainment Incorporated, Kelly worked on many film sets and won three Academy Awards for his costume designs in An American in Paris, Les Girls and Some Like It Hot.

Throughout Women He’s Undressed, Gillian Armstrong shows her strength as an engaging director. By ably mixing Gilshenan’s semi-dramatised narration with interviews with Kelly’s colleagues, Armstrong keeps the eclectic documentary clipping along at a pace that captivates the audience’s interest.

Not only does the director shed light on an Australian talent, Women He’s Undressed delves deeper into Orry Kelly’s history, focusing on costume design, but also explores his adventurous personal life — one that involves the mafia, New York during the prohibition era and Cary Grant.