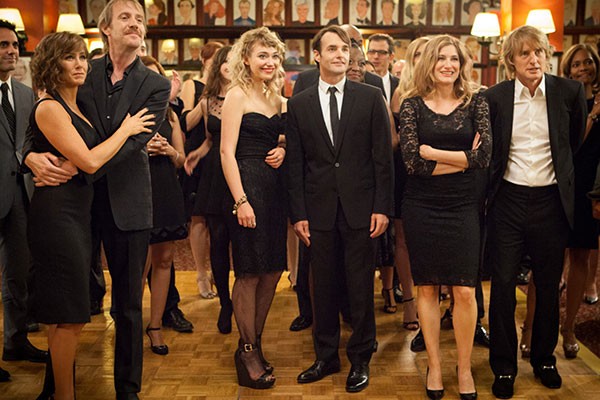 She’s Funny That Way may have a clever turn of phrase (“squirrels to the nuts”), but that is not enough to save it from the depths of its own depravity.

Set in the world of Broadway, She’s Funny That Way follows the love triangle between call-girl-turned-thespian Isabella “Izzy” Beatty (Imogen Poots), director Arnold Albertson (Owen Wilson) and his wife, Delta Simmons (Kathryn Hahn). This love triangle ultimately turns into what resembles more of a love dodecahedron as the entire cast is caught up in an intricate web of lies. Judges and playwrights indulge in affairs with New York’s finest escorts, leading to a slurry of scandal.

Boasting a cast of tried and true veterans, She’s Funny That Way appears to be a promising film, but it undeniably does not live up to the potential provided by names such as Owen Wilson, Will Forte, Kathryn Hahn and Rhys Ifans. Instead of allowing his accomplished cast to flaunt their comedy chops, Peter Bogdanovich’s direction strictly follows the conventions of everyone’s “favourite” film genre — screwball comedy. The film tears open its predictable narrative from the outset with scenes of forced laughter and ridiculously strange moments. While similar films such as Crazy, Stupid, Love slowly build their narrative toward their comedy crescendo, She’s Funny That Way explodes into a frenzy of outrageously choreographed drama.

With its cheap jokes and a driving narrative where the male characters see Izzy more as a prize than an actual person, She’s Funny That Way is a film that will have you questioning your own sanity.