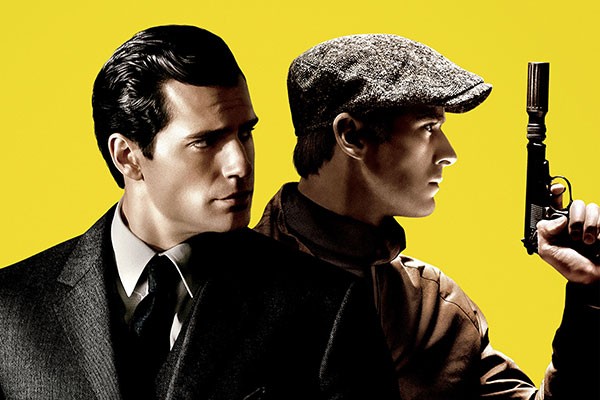 Guy Ritchie’s ability to successfully revive iconic films — ones with sophisticated and mysterious plotlines — through a modern cinematic approach has given audiences high expectations of his directorial skills. However, although full of action and suspense, The Man from U.N.C.L.E. fails to provide any depth to its plotline; instead, the audience is given a typical action film that has more brawn than brain.

Based on the 1960s television series of the same name, The Man from U.N.C.L.E. focuses on the antagonistic relationship between CIA agent, Napoleon Solo (Henry Cavill) and KGB agent, Illya Kuryakin (Armie Hammer) during the height of the Cold War. After removing Gabriella “Gaby” Teller (Alicia Vikander), the daughter of a US collaborator, from East Berlin, Napoleon and Illya must put aside their differences and work together to help their respective agencies stop an international criminal organisation from creating nuclear weapons. Although their ultimate goals are to save Gaby’s father and to steal the schematics of these nuclear weapons, it is the pair’s relationship that is highlighted — their different outlooks, upbringings, pasts, and ulterior motives are pushed aside for something more important. As Napoleon and Illya continue to work together, their initial hostility eventually turns into a partnership — one that becomes solidified when they join the United Network Command for Law and Enforcement (U.N.C.L.E.).

With witty and humorous dialogue and progressive fighting sequences, the relationship between the two protagonists clearly reflects the relationship between America and Russia. Seeing this history personified within the film makes it hard not to think about the actual events that took place during the Cold War, but that is as far as the audience’s engagement goes with the film. Trivialising the 1960s crime genre with attractive actors and a dull plotline, The Man from U.N.C.L.E. sits more as a comedy — one that is exaggerated, overdrawn, and unfortunately unsatisfying.