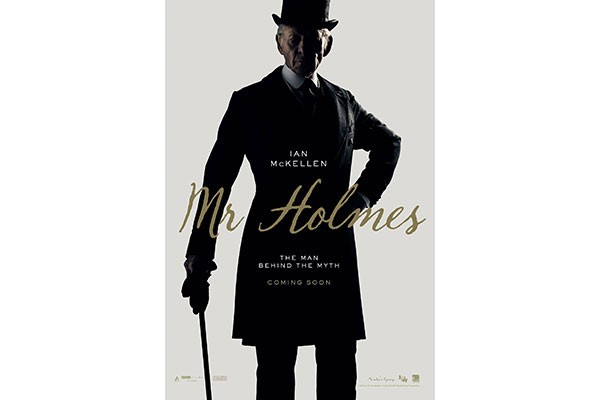 Mr. Holmes brings to life director Bill Condon’s imagined version of a retired Sherlock, who lives a solitary lifestyle with his housekeeper, her son and his own failing memory. The film follows Holmes as he endeavours to recall his final case — one that took place thirty-five years earlier and is the reason he has become a recluse. His housekeeper, Mrs Munro (Laura Linney), disapproves of Sherlock and his arrogant ways, while her son, Roger (Milo Parker), finds him intriguing. After discovering that Roger has broken into his study and read his rendition of the final case, Holmes grows fond of Roger and a grandfather-grandson relationship develops between the pair.

Holmes’ desire for prickly ash (a Japanese plant found only in the region of Hiroshima), his dire attempts to remember his final case, Mrs Munro’s threat to leave for a more accommodating job elsewhere, and Roger’s brush with death intertwine, create a riveting film. However, one disappointment was the director’s discontinuous cinematic style. As the plot centres on Holmes writing the story of his final case, he often has a fountain pen in his hand. But as the shots move from his writing to his surroundings, the pen tends to magically appear in different places. This sloppiness detracts from the sentimentality of these scenes. Thankfully, McKellen’s characterisation of the aged detective offers genuine human emotion that allowed me to overlook the film’s stylistic flaws.

McKellen’s ability to switch seamlessly from an older to a younger version of Sherlock resulted in an admirably clear depiction of the two and, ultimately, Mr. Holmes owes its success to its main actor.