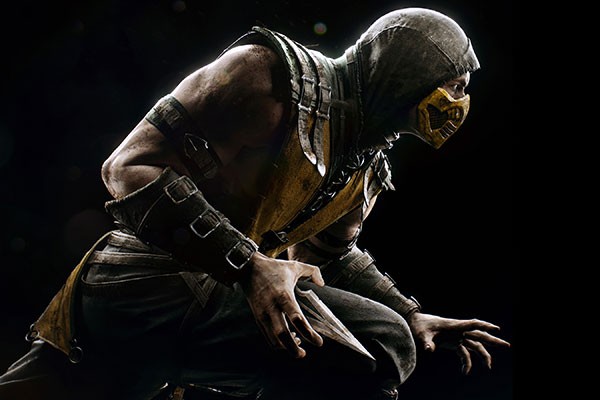 Mortal Kombat is one of those series that everyone knows about, even if they don’t play games. People probably recognise its memorable theme song and two cheesy movies, the classic announcer shouting “FINISH HIM!” and, of course, its gratuitous violence and gore. So now that we are up to the tenth instalment of the game, you would think Mortal Kombat X would start to get a bit stale, especially since this is the sequel to a retcon reboot of the whole series. With new stage interactions and an overhauled roster, this is certainly not the case. Just be warned, this game isn’t for the faint of heart.

The story mode is back, and this time around you are dealing with a disgraced elder god, Shinnok, and his attempts to steal Earthrealm’s ‘Jinsei’ so he can become a powerful demon. The story jumps between two years after the events of the previous MK title and 20 years later, so the narrative can get confusing at times. You are given a fighter to play for three to four fights, which are given context via cut-scenes and quick-time events. It mainly serves as a quick characterisation of all the new members in the roster, as well as developing returning fighters. It’s cheesy, but enjoyable enough. There is also an online mode, but some versions (namely the PC and PS4) have reported issues.

The actual fighting is fast, brutal and can be unforgiving if you forget that your block button exists. Your special meter allows for enhanced attacks and blocks. Certain stage interactions use your special, which can trigger a cinematic of you bashing your opponent. You can also use it all up on a devastating “X-ray” attack, which is a brutal display of broken bones or, in the case of Cassie Cage, your opponent’s testicles. It’s violent and beautiful, but can get repetitive. Each fighter has their own move set, with three variants that allow you to change up your style with your favourite fighter.

Bringing MKX into the next generation of consoles allows for more stunning visuals, creating the most visually impressive version of the series yet. Particle effects, blood and water all look great, but not sweat, which appears more like clingwrap. The models themselves sustain damage during the fight appropriately too, and were toned down compared to the previous MKs for a more realistic portrayal. Characters are also given small lines of dialogue before and during the fight that change depending who you are fighting — but be prepared for bad Twitter references.

Fatalities are back, better than ever unless you get squeamish about blood and guts. If you win a standard fight, you get your chance to enter a combo to finish off your opponent by slicing, dicing, blasting, crushing and any other method the minds in Netherrealm could think of, with the insides displayed in all new, beautiful, disgusting ways. Each fighter has two unique fatalities available, and unlockable “brutalities”.

Sadly, Netherrealm’s attempt at adding online features to the game ended up forced and irritating. Factions are forced upon you when you first boot the game, and you have to choose between the five presented to you. If your faction doesn’t win, you don’t get access to bonus fatalities. We also see the inclusion of micro-transactions. You can now purchase “easy fatality” tokens that reduce the effort needed to pull off a fatality to only two buttons. Not only is this a mockery of the fatalities, it’s embarrassing to both players involved — for the one who has to pay to pull them off and for the player who lost to someone who can’t perform them without assistance.

To judge whether this game is for you, decide if you enjoy the series, the blood and guts, and don’t mind a mediocre online experience on PC and PS4 (which may be fixed in the future). This game is fun with friends, except for those who can’t stand the sight of their insides.