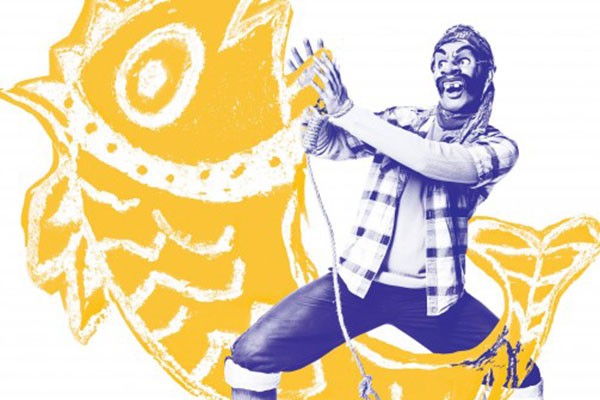 From the Indian Ink Theatre Company

Indian Ink’s play, Kiss the Fish, will be coming to Dunedin soon. Mandy Te caught up with Jacob Rajan to understand his background and how the Indian Ink Theatre Company was born.

What personally drew you towards acting and pursuing acting professionally?

I was never into performance art. I did do a science degree at Otago University; it was there that I realised that I really hated science. But I found myself gravitating towards the arts. The science part really didn’t do it for me and it was something I was doing for my parents, really.
It was only once I left university that it felt like I left a deprivation tank and I started exploring all those other things. I joined a theatre club, I finished my piano exam, I took up painting classes — I was doing everything other than science. I started studying theatre and education. I felt like this was something I really enjoyed and was good at; my tutor encouraged me to audition for drama school and I did. I didn’t actually graduate from drama school until I was 27.

What inspired you and Justin to create the Indian Ink Theatre Company?

A desperate need for work. We both had just graduated from our respective drama schools and particularly me, as an Indian, I wasn’t going to get a lot of work sitting around waiting for the phone to ring. You know, the odd ad for curry paste or, you know, a weird role in a fantasy play or something were the only things that were coming up. I sort of entered drama school with the idea that I’d create my own work anyway.
I strongly believe in having a director as an outside eye. Even when you’re creating your own work, you need somebody else, and Justin fell out of the sky as the ideal candidate because he graduated from a drama school that specialised in the stuff that I was really interested in. We met and shook hands over a cup of coffee, and the Indian Ink Theatre Company was born.

How did the name for your theatre company come about?

When I graduated from National Drama School, I was the first Indian to ever graduate so it was definitely this new perspective [that influenced it]. Justin isn’t Indian, but he has got such a great, amazing kind of structural brain. He actually trained as an architect originally. He works very strongly with the designer so all that he is bringing to our partnership.

So it was smooth sailing, kind of.

Yeah, it’s coming up to twenty years next year, which is pretty phenomenal for any company, let alone a theatre company — in this country, anyway. Funnily enough, when we first met, we decided that we were only going to be around for three plays because we looked at the templates for theatre companies in New Zealand. They seemed to last maybe five years max and then just fall apart because of the economic stress or creative differences. So we said, okay, we’ll just do three plays. But by the end of The Pickle King, we still had a lot of creative grunt left and we renewed our vows and we created another three plays after that and we’re still going.

Your play, Kiss the Fish, will be coming to Dunedin soon. Can you tell me a little about the inspiration for the play and what the collaboration process was like when it came to bringing Kiss the Fish to life?

Justin was in Malaysia, staying on an island called Penang Island. He was in poorer tourist accommodation, but up the hill from him was a five-star resort. It was entirely occupied by monkeys. The jungle had taken it back, and when he got to asking the locals what had happened, they said the developers had come in and they hadn’t sorted any submissions for the village; they just started building this resort but they hadn’t secured the water rights, which rested with the village. The village said no and, without water for their taps or swimming pools, the developers had to walk away. Then the monkeys took over.
That image of a fully functional five-star resort occupied by monkeys was a haunting one that had lingered with Justin over many years. So when we came to write this play, we had also been in Bali — another beautiful island — and there were a bunch of these resorts all around the place. The resorts were made and the jungle was slowly taking them back too.
In Bali, we fell in love with the Balinese mask tradition and they have this amazing comic mask called Topeng and we established a relationship with a mask carver and he made a bunch of masks that we were going to use in a show but we didn’t really have a show to do it and so, then, Kiss the Fish was born.

Do you have any advice for people interested in pursuing theatre as a profession?

One of my favourite quotes is “film will make you famous, TV will make you rich, theatre will make you good”. I think if you’re going to pursue theatre, you have really got to be passionate about it because, honestly, there is not a lot of money in it. Think carefully about pursuing that and really know that that’s what you want to do.