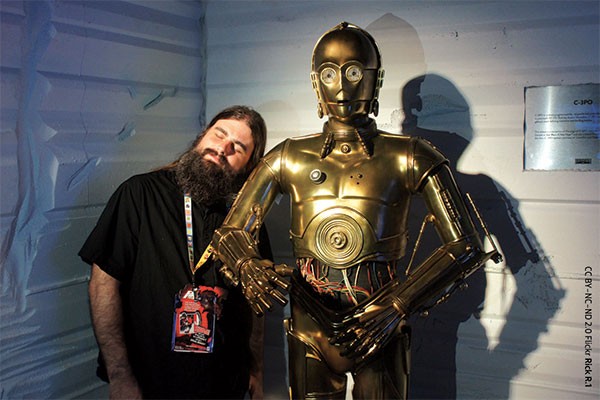 The Best of E3

Acouple of weeks ago, the video game convention juggernaut E3, or “Electronic Entertainment Expo” came and went, leaving gamers all over the globe squealing at their computer screens (or in person if they were lucky/rich enough to be at the convention). Essentially, E3 is a huge conference where 90 percent of the year’s gaming news is unleashed upon the world. We know deep down that it’s a huge money-making marketing effort, but we suckle from that corporate teat anyway because … video games! So if you were too busy working or holidaying instead of lying in bed and watching live streams of press conferences, here are five of this year’s biggest announcements. Sure, “best of E3” is an extremely subjective title, but this is arguably the big one: the hugely anticipated follow-up to the insanely popular Fallout 3 and New Vegas. It’s essentially post-apocalyptic Elder Scrolls with guns. Fallout 4 is sure to sell millions of copies in the first week alone, causing a spike in sick days and a drop in gamers’ collective social lives. If this game wasn’t being released right at the end of exam period (10 November), you’d all be doomed, and you know it. Bonus: Bethesda also just released an addictive mobile game called Fallout Shelter that’s just fun enough to make us wish that we were playing Fallout 4 instead. Oh yes, Square Enix is remaking the legendary, industry-shaping role-playing game, Final Fantasy 7, for PS4 (and potentially other platforms) — and it looks gorgeous. We don’t get to see a whole lot in the reveal trailer, but fans have been screaming for this remake for a good decade. Helmed by the great Tetsuya Nomura, creator/director of the Kingdom Hearts franchise and character designer for damn near every Final Fantasy in the last fifteen years, this game is destined for greatness … unless something goes horribly wrong, in which case Square Enix should probably flee back to the Lifestream before the angry mob gets it. Original director, Yoshinori Kitase, is signed on as a producer, so fingers crossed. Another huge, long-awaited title, The Last Guardian is the spiritual sequel to Fumito Udea’s critically acclaimed Shadow of the Colossus and Ico. The game has been in development for eight years, and it looked like bickering between Sony and the creative team might have killed the project for good. But just when all hope was lost, Team Ico drove viewers into a frenzy with this surprise announcement. The trailer is stunning, almost a short film in its own right, and establishes the awe-inspiring sense of scale that we experienced in Shadow of the Colossus, but with an intimate friendship story at its core. Naughty Dog can seemingly do no wrong. From the creation of our favourite orange marsupial, Crash Bandicoot, Naughty Dog has held a solid foothold in the gaming market, and gamers’ hearts, for nearly 20 years. This was only solidified by the obviously perfect pinnacle of humankind’s creation that is Last of Us in 2013. Now they’ve once again come out swinging with the final instalment of Nathan Drake’s adventures — Uncharted 4: A Thief’s End. For those not familiar, the Uncharted series are popular action-adventure games taking a lot of inspiration from the Tomb Raider series. Given their track record, this game is shaping up to be a thrilling finale to the adventures of Nathan, his father figure Sully and wife Elena. If you need the appeal of a large-scale Star Wars game explained to you, you might be overdue for a good force-choking. Developed by DICE (the team behind Battlefield 4) and set in the Star Wars universe, you can pretty much predict what you’re in for here: an epic, militaristic war scenario played out in famous Star Wars locales such as Tatooine, Endor, Sullust and, of course, the snow-ridden Hoth. From gameplay footage shown so far, taking command of (or destroying) Snowspeeders, TIE fighters and even freaking AT-ATs has never felt so visceral or looked so spectacular.