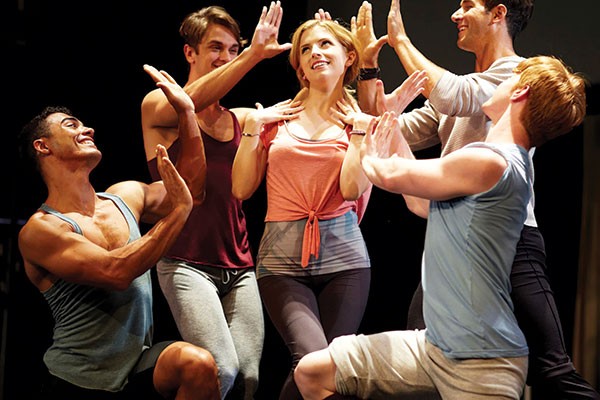 Jason Robert Brown’s The Last Five Years is a musical that is literally all singing and no dialogue; it isn’t the first theatre production that comes to my mind when adapting a stage play into a film. However, the storyline of The Last Five Years creates a raw and genuine experience that translates effortlessly onto the big screen.

The Last Five Years follows the demise of the romantic relationship between Cathy Hiatt (Anna Kendrick) and Jamie Wellerstein (Jeremy Jordan). Cathy is an aspiring actress, who struggles to land roles on Broadway and ends up working at a theatre company in Ohio — a job that she ultimately finds disappointing and unfulfilling. Jamie, on the other hand, finds success with the release of his first novel and quickly becomes a famous writer. Cathy’s failure to fulfil her dreams creates tension between the pair; her growing insecurities coupled with Jamie’s inability to prioritise his wife over his work and his eventual infidelities result in the disintegration of their relationship. While this storyline may seem trite, their romance and its end are documented with a slight twist — there are two timelines. Jamie’s perspective on the relationship is shown chronologically, while the audience follows Cathy’s point-of-view from end to beginning.

Initially, these two timelines are confusing and, though LaGravenese attempts to smoothly alternate between each character’s point-of-view, at times I felt as though I was chasing after the plot and fact-checking scenes in my head so that I could fully engage with the film as a whole. As the timelines intersected, the sequences became more clear, but what remained convincingly wonderful throughout The Last Five Years were the lead performances of Anna Kendrick and Jeremy Jordan. The pair fitted seamlessly into their roles, and while the film’s tacky aesthetics could not be unseen, their acting and vocal performances helped the audience to overlook the film’s decorative flaws and focus on the emotional ups and downs that Cathy and Jamie shared.

With a powerful cast and a quirky portrayal of romance (and the end of it), The Last Five Years is a musical that is equal parts disheartening and endearing to watch.