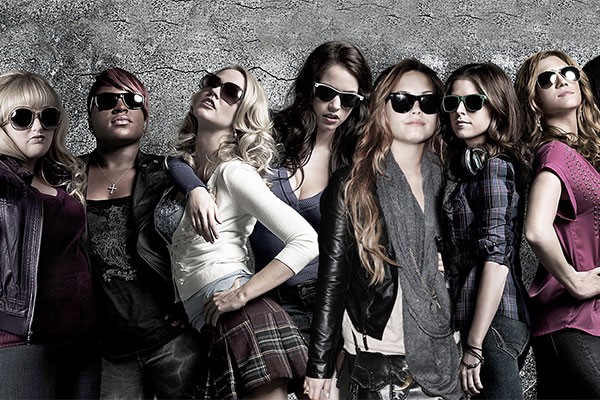 As a general rule, I don’t laugh in cinemas. I don’t cry, I don’t text and I don’t put my feet on the seats. While I do this out of respect for other cinema-goers, the main reason for my self-control is undeniably fear. It’s also judgment. Therefore, it’s understandable that I headed into Pitch Perfect 2 with this same sense of conformity cloaking my usually outspoken personality.

It wasn’t long, however, before my resolve was shattered. Upon hearing the hyena-like cackling spilling from my lungs, I hurriedly endeavoured to tone it down a little, but the superb one-liners in Pitch Perfect 2 had me giggling throughout the entire film.

Pitch Perfect 2 follows the Barden Bellas as they face the threat of permanent disbandment due to an unfortunate event involving President Obama’s birthday and a wardrobe malfunction involving Fat Amy’s (Rebel Wilson) goods “down under”. In order to save their a capella family, the Bellas have to compete in the World Championships — a competition that no American group has ever won — and without the support of Barden University.

The girls find themselves going up against European champions, Das Sound Machine, who are revered in the world of a capella. Protagonist, Beca Mitchell (Anna Kendrick), has an internship at a recording studio, which makes it difficult for her to find time for the Bellas. When the Barden Bellas are on stage, their performance also reflects their newfound discord, especially when they try to match the extravagant choreography of Das Sound Machine. In need of help, the Bellas reach out to ex-Bella, Aubrey Posen (Anna Camp), who eventually succeeds in helping the girls rediscover their sound.

Sequels often fail miserably (see Pocahontas 2, Mean Girls 2 and every single Bring It On following the original). Pitch Perfect 2, however, does not fall into the same black hole as its well-meaning predecessors. However, with so many aspects to the storyline, the subplots became tumbled into a messy pile that lacked development and reduced the chances of deeper audience engagement.

Fortunately, the humour was more than enough to keep the audience entertained, and Pitch Perfect 2 was pretty aca-awesome.