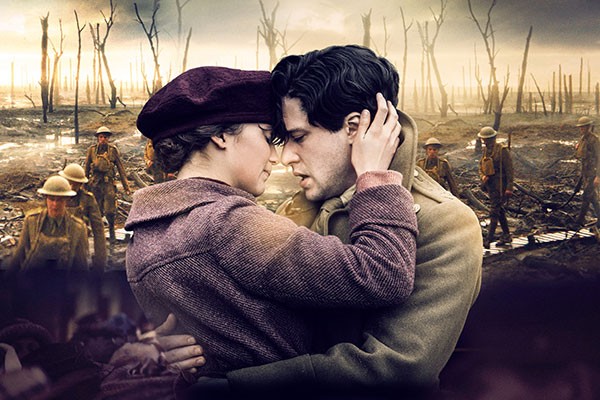 Often in our attempts to stomach the darker parts of our past, we create sentimentality by zooming in on the massive numbers of those involved and choose to observe the smaller tales of individuals. However, Testament of Youth elegantly zooms out of a personal story of the few and allows the plight of the many to be witnessed.

Testament of Youth is a British drama film based on the memoir of the same name. Set during World War I, the film showcases the tribulations of pacifist and feminist, Vera Brittain (Alicia Vikander). Vera departs from Somerville College in Oxford to join the Voluntary Aid Detachment as a nurse; her brother Edward (Taron Egerton), friends Victor (Colin Morgan) and Geoffrey (Johnathan Bailey), and fiancé Roland (Kit Harington) are sent to the front lines of the British army. Most of the storyline focuses on the connections and relationships Vera has with those around her.

Testament of Youth is majestically filmed; it feels like you’re watching a memory rather than just a retelling of events. The dream-like state of the film provides enough subjectivity that one can truly empathise with Vera but enough objectivity that the grittiness of war and the breakdown of the traditional world can be seen and felt. Even though Vera’s character moves through settings that range from the tragically beautiful to the horrifically grim, Vikander’s headstrong performance makes her a grounded focal point for the story that unfolds around her.

While the importance the film places on relationships is tied to war, the significance of Vera’s female perspective unfortunately becomes reduced from a means to break down traditional feminine values during World War I to an exposition of the pain of a widow, severely downplaying her role as an important historical heroine.

Even though remembering warfare is a constantly painful struggle, Testament of Youth is a gruesomely captivating film that reminds us that remembering the war is not only a difficult but also a necessary thing to do.