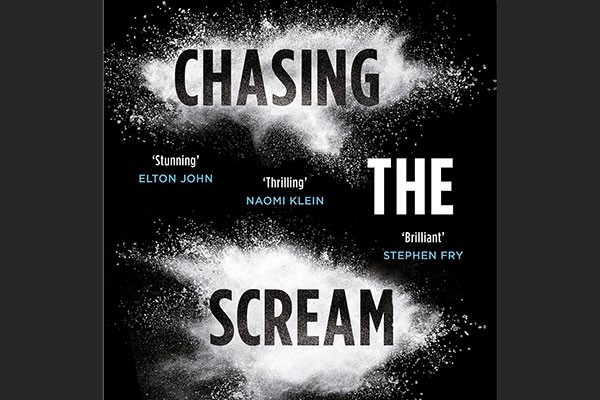 Chasing the Scream: The First and Last Days of the War on Drugs

In Chasing the Scream: The First and Last Days of the War on Drugs, Johann Hari covers the bizarre origins of the drug war, the horrific state of the drug war today, what is most likely to be the actual cause of drug addiction, and the few places where people are finding better ways to deal with the problems caused by drug use. Hari manages this extensive range of complicated subjects in a markedly clear-minded way, making this an accessible and fascinating read. Though it does get heavy in some places. The information about the current lives of drug dealers and imprisoned drug addicts is disturbing and depressing, but knowing how awful things are is an important part of acknowledging that it is not okay for things to stay this way.

The scream of the title is a symbol chosen from the childhood of one Harry Anslinger, the man who started the drug war. When he was twelve, he was visiting a neighbour’s house and came across the woman of the household screaming in desperation. The woman’s husband sent Harry off to fetch a package from the chemist. He did so, came back with drugs, and when the woman had them she calmed down. Anslinger never got over this. It may seem like there was very little to get over, but apparently Anslinger found this woman’s anguish so disgusting that from that moment onwards he was determined to eradicate drug use from the world. Unfortunately for the world, when Anslinger made up his mind it meant something.

Anslinger became head of the Federal Bureau of Narcotics, and through a series of audacious manoeuvres managed to make a whole hunk of the world create drugs laws that aligned with his twisted worldview. It was all rather complicated and hellishly racist in ways I can’t begin to get into here. Please read the book. But Hari gets it right when he says:

“At times, as I read through Harry’s ever stranger arguments, I wondered: How could a man like this have persuaded so many people? But the answers were lying there in the piles of letters he received from members of the public, from senators, and from presidents. They wanted to be persuaded. They wanted easy answers to complex fears. It’s tempting to feel superior — to condescend to these people — but I suspect this impulse is there in all of us. The public wanted to be told that these deep, complex problems — race, inequality, geopolitics — all came down to a few powders and pills, and if these powders and pills could be wiped from the world, these problems would disappear.”

I did have issues with a few things. The introduction uses transsexual when the person spoken of is transgender; those two words have quite different meanings. The Stonewall riots are attributed solely to gay people when trans ladies were very significantly there. It’s a common misconception, but one that enforces an unpleasant piece of historical revisionism. Hari talks about a Professor Sigel, who “claims that the desire to alter our consciousness is ‘the fourth drive’ in all human minds, alongside the desire to eat, drink, and have sex — and it is ‘biologically inevitable.’” The desire to have sex is absolutely not present in all human minds. Asexual people exist, and we’re a teensy bit tired of being casually dehumanised. I don’t feel these mistakes detract from Hari’s message, as they’re entirely unrelated, but they do annoy me.

This book is best described as important. Rightfully, Chasing the Scream should change the world. Whether it will have the impact it should remains to be seen, but if you care at all about the future of humanity and have the time to read a book, it should be this one.