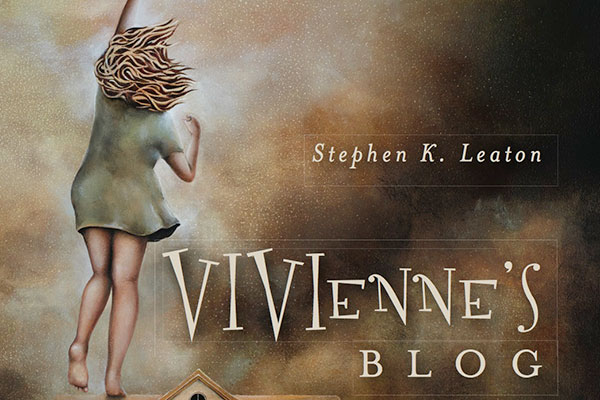 Stephen K. Leaton’s novel, Vivienne’s Blog, is described by its blurb as a psychological thriller and, to a certain extent, this is true. The titular Vivienne is seemingly delusional and dangerously obsessed with her ex-boyfriend, Callum. A court order prevents her from having personal contact with him, so she sets up a blog that requires a password to access. She then sends Callum a letter encouraging him to work out the password and read her thoughts. The novel consists of this blog, with Vivienne posting scans of the letters she sends to Callum and receives from him and his lawyers.

Vivienne seems confident Callum won’t manage to unlock access to the blog, as in it she details her plans to abduct one of Callum’s twin sons. Soon she does so, intending to use the boy in a spell. At this point, the book stops being a thriller. Over half this book is made up of stories Vivienne tells the kidnapped child about her ancestors. They contain a mixture of New Zealand history with magical realism, told in very literary language. While this isn’t my personal brand of book-nerd buzz, I’m sure it is somebody’s. Somebody who would have been delighted with these stories if the blurb had mentioned what the bulk of this book actually is. Some of this book is like a thriller. A lot of it is not.

Because the main plot is emotionally gripping, it is very hard to read Vivienne’s stories with the patience they probably deserve. It’s a testament to how good the ancestor sections are that I didn’t entirely resent their existence, but I didn’t enjoy them. The middle of the book has Leaton returning to the main plot in frustratingly brief segments, only to start telling yet another story about dead people Vivienne has probably made up. The stories begin to seem like padding after a while, and it becomes apparent that there wouldn’t be a book’s worth of material in Vivienne’s Blog without them.

Vivienne’s Blog’s greatest flaw is the way it makes no use of the subject of blogging. Because her blog isn’t public, there’s no chance for people to make comments, which could have been interesting. Also her entries aren’t time-stamped, even though there is a final plot twist that would have greatly benefitted from having a date. Her continued access to her blog becomes a bit dubious over the novel, especially since she uses a phone to write her entries. There is also a “probably she was molested as a child” sub-plot about Vivienne’s childhood. That is a tedious cliché I have seen in everything from literary short stories to games made with RPGMaker, and never want to see again.

Although Vivienne may be an unreliable narrator, she’s also a very compelling one; Vivienne’s Blog is almost worth reading just for the hilarious descriptions of how she hates everyone around her.
This article first appeared in Issue 6, 2015.
Posted 3:11pm Sunday 29th March 2015 by Bridget Vosburgh.