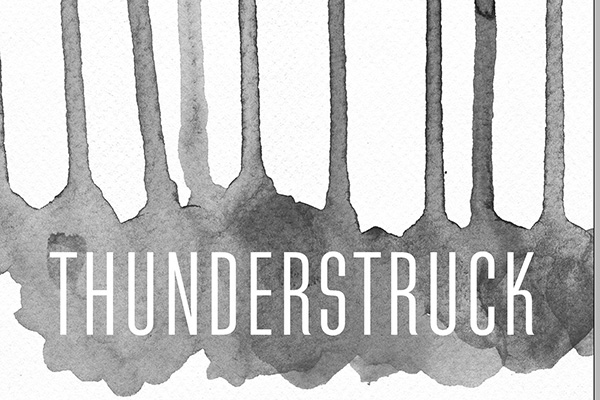 Whenever I read contemporary literary short stories I tend to feel like I’m missing the point. I must be missing the point, because there must be one. No one would publish entire collections of meaningless stories where nothing happens to boring people. And if they did, scores of critics wouldn’t respond with fulsome praise along the lines of “transcendental elegiac portraits of the universal human struggle … quiet … harrowing … strangely beautiful.” I refuse to believe that an endless stream of people are delusional just because I’m seemingly incapable of experiencing whatever it is they get out of today’s lauded literary story writers.

Reading Elizabeth McCracken’s latest short story collection was a relief to me. I knew right away that whatever was going to happen, I wasn’t going to be left adrift in the usual sea of meh.

Thunderstruck & Other Stories contains nine stories, all of which can be described as “elegiac” with total accuracy. The theme that ties McCracken’s collection together is one of loss and mourning. These stories are about situations that are fundamentally depressing, from murdered mothers to dying fathers to starving children, yet McCracken makes them so interesting and occasionally funny that reading them is delightful even when it’s upsetting.

The first story, “Something Amazing”, begins: “Just west of Boston, just north of the turnpike, the ghost of Misty Goodby sleeps curled up against the cyclone fence at the dead end of Winter Terrace, dressed in a pair of ectoplasmic dungarees. That thumping noise is Misty bopping a plastic Halloween pumpkin on one knee; that flash of light in the corner of a dark porch is the moon off the glasses she wore to correct her lazy eye.” This writing speaks for itself.

Another story, “Property”, deals with grief and loss, looking at the uncomfortable situations that arise when dealing with landlords and living in other people’s houses. I also enjoyed “Juliet”, a story about a murder told from the collective point of view of the local librarians. Picking favourites seems pointless, though. They are all worth reading.
This article first appeared in Issue 4, 2015.
Posted 2:32pm Sunday 15th March 2015 by Bridget Vosburgh.