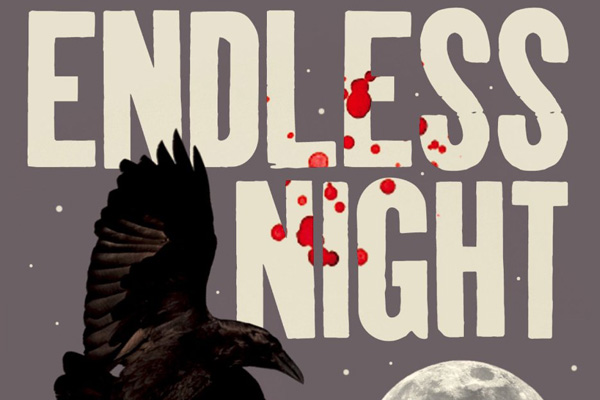 You have of course heard of Agatha Christie, possibly because I just mentioned her, but far more likely because she is incredibly famous. Her patented brand of murder fiction was the cuddly sort. The official genre term is “cosy,” and the notions inherent in the term cosy, are pretty straightforward. The victim is often unpleasant, or at the very least killed off before the reader gets unduly attached. The detective is borderline-omniscient and triumphs, despite people constantly doubting their omniscience, and they drink a lot of tea. A love story, taking place between two young people who fall for each other and decide to get married, threads through the main plot. When the murderer is revealed, there is always the sense that the world has been righted, back to the basically pleasant place it is. A cosy is a genteel book about murder that makes nice bedtime reading for fluffy old ladies, (and in Christie’s case, the whole entirety of the world).

This is not to say that Christie's work is the veritable cliché-fest some make it out to be. The reason for her fame is partly due to her ability to shake up and generally subvert the hell out of this formula, book by book by book. But, most unusually, the work I'm actually here to talk about is from a time in the 60s where Christie used this formula to write a story that was distinctly uncomfortable. There is nothing reassuring about Endless Night. It was the first Christie book I ever read, and I don't recommend it as a good way to get a handle on her work. It didn't put me off, but it did make me look askance at the aunt who called Christie her comfort reading, because Endless Night is nothing like Christie's other work.

The story is narrated by Mark, a disaffected and alienated young man, who is drifting through life and the plot begins when he meets and falls in love with Ellie, an heiress who has led a sheltered life. They get married with genre-traditional rapidity and proceed to build a house together, in a place called Gypsy's Acre (ah, the 60s). Gypsy's Acre is cursed, of course, and though this plot doesn't sound like much, an atmosphere of underlying tension and nastiness ensues, to the point when the murder comes as something of a relief. Endless Night takes place in a world of discontent and unhappiness, and it is only fair to say the story ends not with a sense of resolution and the world righted, but rather that things have gone terribly, unfairly wrong for everybody. It is very much not a nice book, and if you are like me, that's all the recommendation you need.

Of course, Endless Night isn't what you'd call literar-churr, and it goes to pieces a bit towards the end. (Agatha had a tendency to make her killers go a bit too insane when she felt like wrapping things up.) If you're interested in checking out her more usual work, you'd be unlucky to pick up a random and hit a dud, but The Moving Finger is one of my favourites. Though, if you're in the mood for something a little more haunting, try Endless Night.