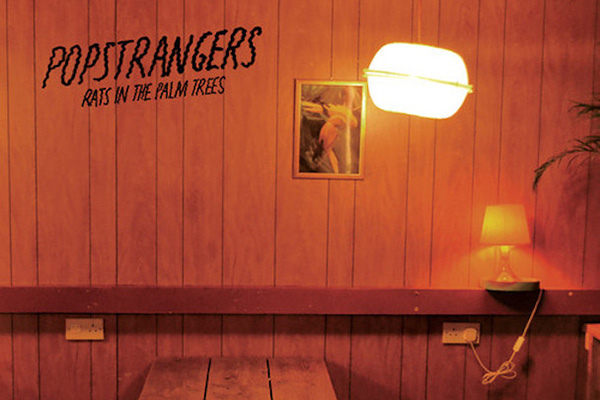 Popstrangers are serious about this music thing, and so they should be. Since 2012 not only have they signed to Carpark Records, they’ve also made the bold decision of moving all the way to London. With a slew of strong singles since then (“Country Kills,” “Don’t Be Afraid”), I’ve found myself eagerly anticipating their sophomore offering.

Unlike their first album Antipodes, Fortuna seems to have ditched a lot of the dissonance. Instead this collection boasts a sixties psychedelic flair coupled with large sweeping choruses. Not saying the band have turned their back completely on their trademark sound. In fact, returning are the intricately textured guitars and soulful rhythm section.

Not returning, however, is the slight unpredictability and sense of chaos that laced the outskirts of Antipodes. However it seems, this has been traded for an immediacy and a gleaming sonic luster which has greatly benefited their new material.

Sure, from song to song the album sometimes borders on formulaic. Off-kilter verses lead to catchy pop choruses, then an instrumental, then repeat. But there seems to be enough charm and pop craft to justify these decisions. Some of the best songs ever written follow this simple formula; there is no reason why Popstrangers shouldn’t buy in. Especially if they continue to do so with such style and conviction.

Production-wise, Fortuna sounds pretty outstanding. Guitars shimmer and swoon, the low end is full, crisp, and rough enough around the edges, the vocals are slightly washed out and with just the right amount of added reverb. Nothing is buried, yet the songs retain a certain edge. The perfect coating for a collection of tunes that flaunt so much melody, allowing the songs to simmer rather than burn.

Overall, Fortuna is a more than worthy statement by a trio looking to stabilise their musical footing.
This article first appeared in Issue 13, 2014.
Posted 2:07pm Sunday 25th May 2014 by Adrian Ng.