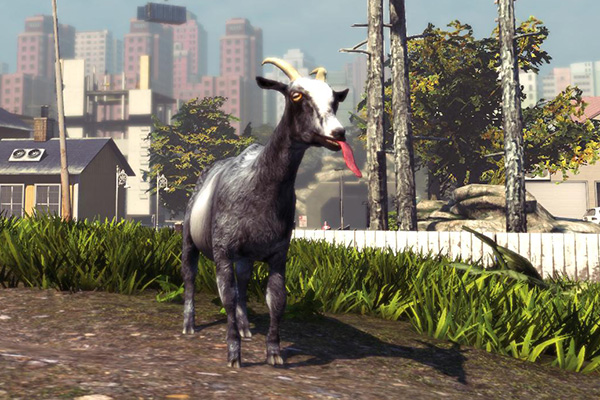 There are a ridiculous number of simulation games. Some of them you would have heard of and played, such as The Sims, and maybe even games such as Roller-coaster Tycoon or Zoo Tycoon. For the more hardcore simulation fans there are even games such as Microsoft Flight Simulator, which is so realistic that, essentially, all you do is slightly pull a joystick back for twenty minutes and then push it forward for another twenty. Now, these games are generally not blockbusters, with the notable exception of The Sims, but for some reason these games do absurdly well commercially, despite generally being critically panned. What’s even more absurd is that it’s not just these notable titles that do well, but really weird, obscure games like Euro Truck Simulator do too. Most developers just ignore this niche sub-section of gaming. However, the truly ingenious ones … parody the shit out of it.

This, in a nutshell, is the charm of Coffee Stain Studios, a studio only previously known for making the Sanctum games. Now, however, they are recognised as the hilariously demented minds behind Goat Simulator, a game that is exactly as it sounds … a simulation of a goat. Now, before you write this game off, keep in mind that this is one badass goat! The studio describes Goat Simulator “like an old school skating game, except instead of being a skater, you’re a goat, and instead of doing tricks, you wreck stuff.” The game first emerged as a joke prototype when the team participated in a one-month Game Jam. After posting videos of the prototype to YouTube the team was inundated with requests to play the build. And hence they decided to finish development and release it.

Now let me say it felt overwhelmingly absurd to apply a grade to this game considering what it is. However, this is a review and as such I have to determine to what degree of success the game executes its intended function. In Goat Simulator’s case, that function is to provide gamers with an absurd experience in which you play around with the physics of the game, while also exploring the map and discovering the secrets and adventures that it holds. In this regard the game is only mildly successful. However, as a parody of gaming itself and all of the ideas we take so seriously, Goat Simulator is a hilarious and inspired game that is worth playing just to say that you have.

You start Goat Simulator, as you would expect, as a goat in a goat pen. However, after a few moments of experimentation you will discover that you have a few special abilities. First off, you can head-butt things, generally reducing them to rubble or firing them absurd distances. Secondly, you have the ability to lick things. This causes your tongue to stick to the object you licked and drag behind you. These two abilities give you license to cause an unprecedented amount of mayhem in the town around you. Every object you destroy or interact with gives you a score and multipliers, which, even though chasing scores isn’t my idea of fun, I can see being very addictive to some players.

My pleasure in this game came from the exploration aspect. The world is populated with objects and events to find and explore. For example, climb the goat house to go inside and enter a castle’s throne room, filled with goats bowing to you. Sit in the throne and you become King of the Goats who can, with the press of a button, make goats fall from the skies around you. These kinds of events augment your goat, giving you fun extra abilities such as this, or changing the way you interact with the world. There are also several objects that you can equip and use, such as a jetpack that, exactly as you would imagine, allows you to fly around.

In many ways this game is incredibly unpolished. However, spend a couple of minutes with it and it quickly becomes apparent that this is intentional. Physics bugs and glitches are one of the game’s greatest pleasures, which allow you to manipulate the world around you and perform outrageous, hilarious feats. One of my best moments with the game was head-butting a gas station, and the subsequent explosion blowing me so far that I left that map and landed among the background settings. When you are playing the game you can look in the distance and see buildings in the distance – buildings that are no more than set dressing and yet there I was wandering among them … as a goat.

This is not the best game in the world, but it wasn’t intended to be. It’s an absurd game that is a blast to explore and a hilarious experience to share with friends. But its greatest function is just to remind you that games are supposed to be fun, and shouldn’t always be taken so seriously.