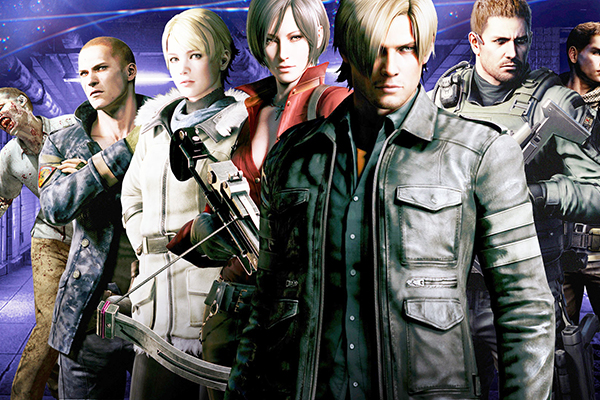 Resident Evil 5 was like a rousing game of impromptu beach volleyball: sand underfoot, a baking sun above, and a loyal partner by your side at all times. No matter how many prolapsed eyeballs and massive crocodiles it contained, the game had a hard time invoking fear in the bones of its players. It was packed with action, which could have been a whole bunch o’ fun but ultimately rooted your feet to the ground whenever you chose to unload a clip. Occupying a middle ground between pure, visceral action and tense survival horror, the game failed to please fans of either genre.

The sixth game in the series, or so it appears from previews, is aiming to embrace the action leanings of earlier games wholeheartedly. Nowhere is this more evident than, in the words of developer Capcom, a “stress free” combat system. Stress free?! In Resident Evil 4 I vividly remember the intense stress that grew from the combination of a combat system that rooted Leon Kennedy to the spot and a chainsaw-wielding Spanish fellow wrapped in gunky bandages, who triggered the most brutally terrifying death animation in the history of videogames. It was astonishingly stressful, and engaging for exactly that reason.

In Resident Evil 6, players can run and shoot simultaneously. The adrenaline-fuelled fight-or-flight decision (because doing the two simultaneously is impossible) that defined Resident Evil has been scrapped; replacing it is the ability to edge, in a chilled-out sort of way, away from the snapping jaws of zombified foes. Every preliminary description of the game’s combat seems to cry “mobility”: all of Resident Evil 6’s many protagonists can roll like Gears of War, slide like Bulletstorm, and take cover behind chest-high walls like damn near everything. One technique that, at least aesthetically, sounds incredibly cool is the protagonists’ ability to drop onto their backs and fire from the ground while shuffling desperately backwards. Enemies have their own arsenal of jumpy tricks too. It sounds as if bullets will be sprayed on a hair trigger as both sides attempt to outmanoeuvre each other – you could be forgiven for thinking that this is the description of a typical action game.

One such monster, the J’avo, sounds like a nightmarish everyman. A C-virus(it’s a new kind of bad old virus)-infected human is granted the ability to regenerate lost limbs, not simply into boring old arms and legs, but also other more specialised implements like lobster pincers, mantis scythes, and delicate moth-wings.

Creepy sequences, and they have been described, will be discrete sections, walled off from combat. How could you be frightened when you are effectively distracted by a combat system that sounds so, well, fun? Weird supernatural-looking modifications to the environment happen before your eyes, and combine with plinky dissonant piano music to establish a certain atmosphere.

Resident Evil has historically been famous for its campy dialogue. The fourth game sort of changed things, with quite a gritty serious story, but still insisted on a having a plot that involved a melodramatic conspiracy about kidnapping the president’s daughter. Resident Evil 6 takes this a step further by infecting the US president and transforming him into a zombie, just casually. The sixth game in the series has three protagonists, each with their own backup partner, who navigate an intertwined Pulp Fiction-style tale (although that analogy may turn out to be extremely generous).