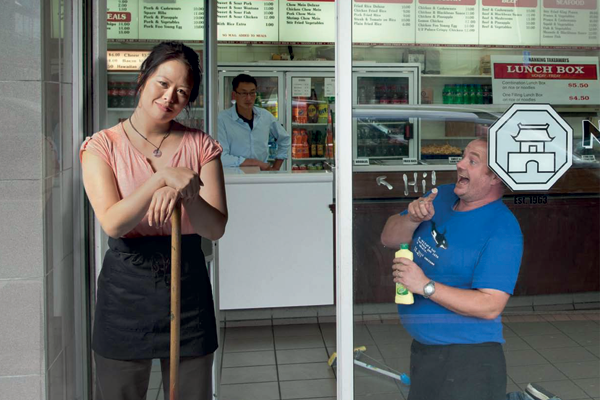 Two Fish ‘N’ A Scoop began its debut in Dunedin last year as a successful Read Out Loud in the Fortune Studio. After a great audience reaction and a clear vision for the play’s potential it was picked up by the theatre to be produced as a full-fledged production this year. After the most recent production RED, Two Fish is definitely a change of tune for the Fortune’s season, by combining comedy and insightful themes for audiences. On the surface it’s a lighthearted love story between a pair of young Kiwis but underneath that there’s something more serious that is brought to the table. While being entertaining the play also manages to be informative by discussing serious issues, which are often in the forefront of Kiwi society. As the main characters are young this does mean that a lot of the issues are aimed at that demographic, without giving too much away! Despite this it is definitely something that will be applicable to large audience, and entertaining to all.

Something that makes Two Fish stand out from the ordinary is, not only new comers Parker and Ow, but also their ability to take on the challenge of playing 16 different characters in the space of 90 minutes. The actors morph into a variety of people, focusing on their physicality and vocal patterns. This kind of fast-paced action keeps you on your toes, always alert to what’s happening on stage and also leaves you in awe at the actor’s ability to change so smoothly and believably from character to character. This style of theatre is something you don’t see every day, as it’s often easier to source a large cast. It’s also a very tiring process to create, having to focus on making each character unique and different. You’ve got to really appreciate Two Fish for being so vibrant and respect the team for managing to create numerous well-developed characters in a matter of weeks. The piece really does have a lot to offer to audiences, and a variety of viewers also. While being set in a fish and chip shop – Kiwi as – the story is guided by pieces of verse depicting the rhythm of the shop at the time. This adds another interesting element to the script and also keeps the tempo and energy quite fast-paced.

To see the piece yourself head to the Fortune from the May 19 and buy your tickets. It’ll be a great night out, funny and entertaining! To top it all off the cast are touring the show around Central Otago from the June 13-24, so if you’re not around town then you can catch it elsewhere!
This article first appeared in Issue 12, 2012.
Posted 7:58pm Sunday 20th May 2012 by Bronwyn Wallace.