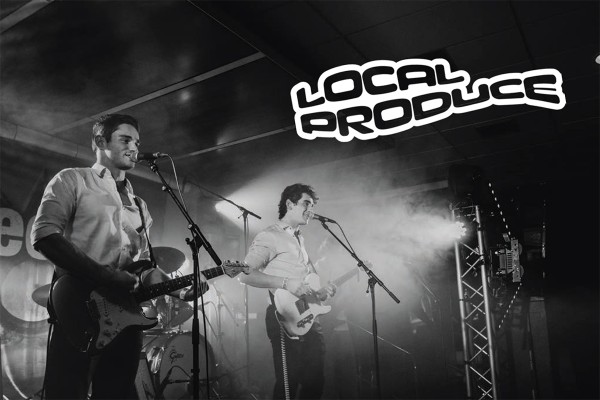 By the time you’re reading this, Edmond Brothers will have released their latest track ‘Waiting For A Sunday’ and will be gearing up for their Thursday night gig at U-Bar. Critic caught up with the literal bros on their new music, and on sussing your Thursday night plans.

The Edmond Brothers are Reid and Dom Edmond. Both the brothers grew up playing music, but it wasn’t until the first 2020 lockdown that they started making music together. Youngest brother Dom, a second year biomed and music student, had the idea to sing a song together every day to tide them through our collective isolation. They covered fifty songs, uploading their daily session to Facebook each day, keeping them connected with their mates and family. This provided the run-up to them writing their own material. Reid, who recently wrapped up his commerce studies, shared “we complement each other really well in terms of song writing. Dom’s a fiend on the guitar and comes up with the licks and the chords. Then we both sit down, write the melody together, and then often I’ll do most of the lyrics.” They found that being siblings allows them to communicate as honestly as possible in their creative process, even when that means dishing out harder criticism. “You don’t butter it up,” says Dom. “You say ‘no that sucks, be better' or ‘you’re flat’ but you don’t take it to heart."

So far, the pair have played some iconic gigs. Last year, as a duo, they played the infamous Sign Up Club shindig at The Maharajas. They recently expanded to a full band, with Logan Edwards and Cam Macfarlane on drums and bass respectively, just in time to open for staple Kiwi rockers, The Feelers, at Dunedin Town Hall last month. “It’s really set the benchmark for us,” Reid beams. “We want to at least get back to that.” Although they’re fresh from such a high-profile gig, the Edmond Brothers, dropping big hints here, are very keen to bring their set to a flat party near you. The high energy of student crowds, plus the shared lived experiences between the creatives and their fellow students, seem to be the perfect match to keep up their momentum.

The pair have a great appreciation for Dunedin’s student culture, an inspiration to them, and even the subject of their song ‘Love This Place.’ Reid describes the tune as an ode to the student lifestyle. “The whole track's about what Dunedin encapsulates as a city… Young people having fun, not wanting to grow up, [and] pushing boundaries.” Their gig this week is set to celebrate this release. With Ollie Crooks, Sun Veins and Idyllic also on the line up and no charge on the door, this Thursday is set to be banger. As a wee bonus in the lead up, the Edmond Brothers also just dropped ‘Waiting For A Sunday.’ A longing ballad, it's Dom’s favourite of their material so far. Their releases are available to stream on Spotify.

One question looms over all brothers-in-music-together projects: do you live in constant fear that one day you’ll have an Oasis moment? “You’re the first person to bring it up to be honest…” Reid laughs. “I can never see us hating each other ever,” he paused, “more than we already do now.” “Obviously,” agreed Dom. “We’re too laid back.”