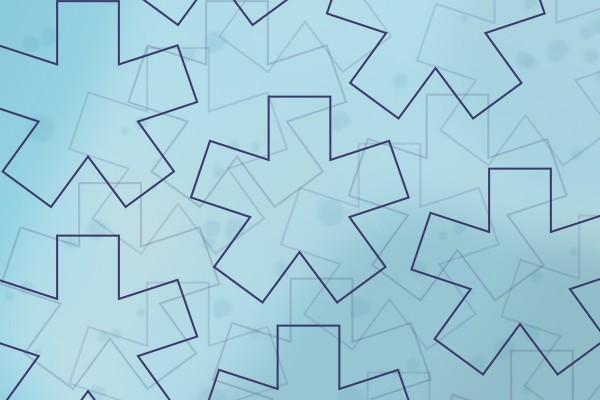 What is possibly the most anti-Dunedin thing to ever exist in Dunedin? Poetry. While the shades of autumn may give rise to some compelling imagery, there really isn’t that much in the way of beautiful land or people to show off, or at least not in the sunless boglands of North D. Dunedin is also staunchly a muso’s town, making it seemingly harder for poets to get a word in edgeways.

Yet Dunedin’s collection of older poets are a group to be proud of, perfectly embracing some of the core values of our vibrant microculture. Instead of painting picturesque pictures of people prancing playfully, Dunedin poetry is characterised by a blunt free verse which gives life to the harsh subtleties of this city. While this ‘no casualties taken’ approach may be a bit much for some (RIP my innocence), you’ve gotta appreciate the fresh light our beatnik poets are shining on the city we all know and tolerate.

Stumbling around the Dunedin Public Library with fiery intent, I decided to uncover some of the poetic gems that could be found within the shelves. On my journey I also came to realise that the library, which I had ignored for most of my life, actually slaps ridiculously hard. The friendly staff and cosy vibe of the place made me feel as if I was on some grand literary journey like the authors of old, despite spending half the time distracted by books with titles such as ‘Moonwalking with Einstein’ and ‘Combatting Cult Mind Control’. Eventually I got around to reading some poetry, and a key dichotomy struck me⎯between the poets who employed a free verse, beatnik style⎯and the poets whose writing worshipped Keats and Milton (to all the Johns out there: slay). Obviously these poets didn’t just all write in the exact same style, but there were some clear enough preferences to roughly categorise them into two groups.

On my literary expedition I first stopped at the doors of the King and Queen of Dunedin poetry, these being James K Baxter and Janet Frame. While Baxter is a legend who rightly deserves the immortality only time can bestow, he does at one point suggest that Otago University is basically devoid of culture. According to him, “If there is any culture here it comes from the black south wind.” Slanderous comments! He clearly lived before the age of your flatmate’s excellent performances on the decks in the middle of a Tuesday. Baxter falls firmly into the eccentric Beatnik category although there are traces of the Romantic in some poems (sly dog).

One shelf down sat the small collection of Frame’s poetry, which seemed marginal compared to Baxter’s huge chunk of poems. Frame definitely digs deep on the personification within her poetry, creating a Disney-esque reality full of magical talking chairs who unfortunately only talk about stuff like looming mortality and corpses. Frame’s poetry falls into the free verse beatnik category, but with much more of a subtle impact; she leaves you in quiet turmoil.

Turning the corner to the whole other section of poetry shelves in the library, I found many of the B-siders of the Dunedin poetry scene. You can also find the works of the great Hone Tūwhare, who we can’t really count as our own because he spent much of his time in the Catlins. There’s a reason ‘Rain’ is his most famous poem. Nonetheless, I managed to grab armfuls of poetry collections from other Dunedin poets. One such character was Peter Olds, a long-time resident of Dunedin and committed to the brutal lifestyle evident in his poetry. Peter spoke to the grungy black heart of the town when he wrote, "Fumes belch up Andy Bay Road, who would live here? You can walk to St Clair Beach, swim for nothing in shit DCC pumps daily into the sea." Peter’s rather bleak approach to city life was explained when he said, “it’s only because I’m bored and can’t get sex”. Fair enough lad, we’ve all been there. Peter committed himself, troll-like, to living under the Dundas Street Bridge for a period, only coming up to badger students, reminding them of their duty to this great city. Definitely falls in with the beatnik lot and is arguably their champion.

Across and down a wee way I found Sue Wooton who gave me Port Chalmers hipster vibes from the outset. Along with the traditional landscapes there was a lot of poignant stuff in her collections, although a lot of it went right through me. This is definitely the shit-hot poetry which makes you want to walk around kissing trees and singing about how wonderful life is. Wooton falls into the romantic category only narrowly, as her poetry is really only her own.

Denis Glover was right at the top of the shelf with only a few collections to his name, yet his importance goes beyond his poetry. Glover established the Caxton press which allowed other poets such as Frame to have their time in the limelight. One surprising aspect about Glover’s poetry was the fact that it actually tended to rhyme. While Baxter had a go at it, there were a ridiculous amount of Baxter poems I surveyed which had no rhyme and just enough words to make you think “shit, that’s deep aye.” Glover definitely worshipped the Johns of yesteryear, which explained his ability to sling together rhymes like nobody's business.

After a good read, I left the library feeling whimsical and thoroughly indebted to the joys of the Dunedin Library. However, I soon began to worry that my own student lifestyle, trapped in the institutions of Uni, would render me incapable of producing such art. So I’ve decided to become an ascetic, living only in the forests outside of the city’s fringes (the Botans), talking to and subsequently eating friendly animals, and staring into the Leith for inspiration. Perhaps one day I, too, will create something to rival the Dunedin poets of generations past.