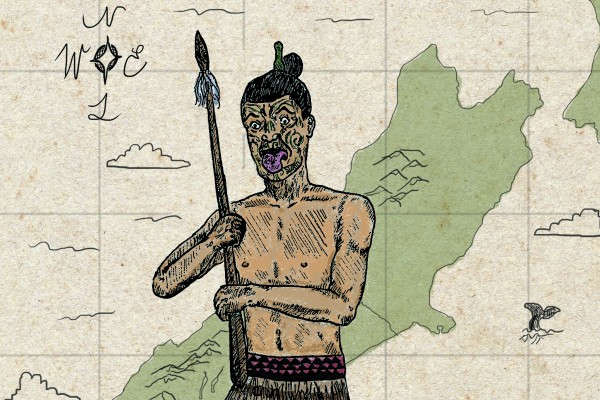 How Reo Changes with Region

Te reo Māori is on the rise. Well actually, it has been for over forty years.

Whether you’re from Dunedin or just here for the moment, you’re likely to have encountered the dialect of the Kāi Tahu iwi here in Ōtepoti. And while the mita is distinctly different from other unique dialects, its history tells a similar story of colonial invasion, subjugation, and repression. Kāi Tahu suffered a massive loss of spoken reo Māori. The smaller population here saw colonialism erode spoken Māori within whānau at a faster rate than it did in the North. Critic Te Ārohi spoke with local student Ōriwa of Kāi Tahu and Kāti Huirapa, who recognises the loss of both te reo Māori and Kāi Tahu reo within their whānau. “Reclaiming my identity is using the mita of my ancestors,” they said.

Ōriwa shares a firm, grounded connection to Kāi Tahu, and emphasises whakapapa to Kāi Tahu rather than Ngāi Tahu. “For me, it’s so important to make it clear that I don’t identify as Ngāi Tahu - it disrespects me, my identity, and who I whakapapa to.” A proud descendant of the South, Ōriwa also claims heritage to Kāti Huirapa ki Puketeraki, a half-hour drive from central Dunedin. “As Kāti Huirapa, we encourage the mita and actively use it.” When you consider the difficulties faced in reacquiring what was once considered a “dying language,” it is understandable how deeply Kāi Tahu and Kāti Huirapa have nurtured the Kāi Tahu reo.

Regarding the importance of upholding the dialect, Ōriwa described sometimes feeling whakamā, too shy to speak on reo-related matters: “People do challenge me sometimes, but I make sure to tell them that I also whakapapa to Waitaha and Kāti Māmoe - we’ve been here forever.” When asked about what high schools here in Dunedin learn regarding Māori history, Ōriwa said that “It was unheard of to learn much about ourselves as Kāi Tahu. We learn about the Treaty of Waitangi and the Kīngitanga, but not much of and about ourselves. That representation just isn’t there.”

A large element of te reo Māori is the role that mita, or dialect, portrays in iwi differences. Each iwi or takiwā has its own distinct approach to spoken reo. Often quite subjective, the use of dialect has been challenged and questioned within several areas, especially today. The differences in the mita are reminiscent of the origins of each iwi or takiwā, however, iwi across the motu have more similarities rather than differences. These differences are what make each iwi inherently unique. Even within iwi, there are differences in the mita. Some identify with the title of Kāi Tahu, others with the title of Ngāi Tahu; some speak with a recognisable mita, others do not.

For example, the dialect in the Manawatū-Whanganui area is known for the absence of the pronounced letter H in many words, the most popular being “Whanganui”. In written form, the “H” is maintained and not pronounced when spoken. You can hear this in words such as whānau, pronounced as “wānau”. On the other hand, Ngāpuhi and several other iwi from the Far North are renowned for their quick-spoken reo, and the absence of the letter W in the prefix of “whaka-”. Whakapai, meaning to clean or tidy up, is said as “hakapai”, or whakarerekē, to change or alter, is pronounced as “hakarerekē”.

Iwi across the East Coast such as Ngāti Porou are known to favour the letter A in the pronouns mātau and tātau, which other iwi pronounce as “mātou” and “tātou”. This preference is also shared with the nearby iwi, Nāi Tūhoe. A common feature in the spoken reo of Tūhoe is the tendency to drop the digraph of “Ng” in words such as ngā tāngata which become “nā tānata”. You’re also likely to hear the phrase “Kei te pai” pronounced as “Kai te pai”.

Iwi across Te Waipounamu, the South Island, also drop the “Ng-” digraph for a K. This can be heard in words such as kāinga and tāngata becoming “kāika” and “tākata”. The Kāi Tahu reo or mita also utilises mātau and tātau, as well as kai and hai, features shared with several iwi along the East Coast of Te-Ika-ā-Māui, the North Island. These similarities are due to the undeniable whakapapa links that Kāi Tahu shares with Eastern iwi. But the reo of Kāi Tahu thrives in its own right.

When asked about hopes or expectations for the Kāi Tahu reo, Ōriwa expressed interest in pushing the University to embrace the Kāi Tahu dialect in papers such as ‘Ngāi Tahu Society’. “There should be a portion that focuses on the mita as equally as the history. In the future, I’d like to see the dialect encouraged and normalised in all areas.” Ōriwa emphasised the importance of making sure to whakamana the work that Kāi Tahu have put into helping whānau become matatau i te reo, which “should be reflected at an academic level”.

Ōriwa challenged Critic Te Ārohi on the use of the name Te Ārohi: “What are you gonna do to keep the momentum going? This is Kāi Tahu land, embrace the dialect.” It’s certainly worth the effort; although te reo Māori wasn’t quite erased, the absence of te reo speaks volumes.

“One thing is for sure - you can learn all the tikanga, stories and history, but you won’t understand any of it until you acquire the reo. Te reo Māori is central to all things Māori. It is the core of our culture regardless of iwi. That doesn’t change.”

So, tauira mā, how can Critic Te Ārohi live up to its Māori counterpart, Te Ārohi? Let us know at kaituhi@critic.co.nz