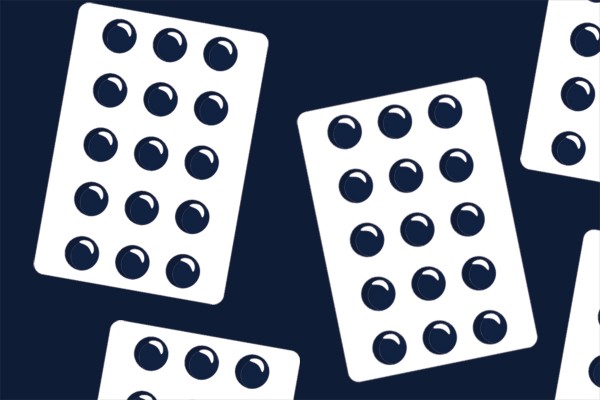 Opinion: Going off the pill changed my life

When I was 17 years old, I became part of the 88% of Kiwi women of eligible age who are on the oral contraceptive pill. At the time, I didn’t really question what I was putting in my body, as I understood that taking the pill was one of the next natural steps in becoming a woman. But earlier this year I decided to come off the pill, and it changed my life.

The contraceptive pill is one of the most normalised, widely prescribed medications in the world. Most women have been on it at some point or another in their lives, whether it was for contraception, acne or period pain. However, the pill carries with it some serious side effects, many of which I think women are taught to accept, ignore, or dismiss. Hormone imbalances, anxiety, depression, weight gain, mood swings, and high blood pressure are just some of the many side effects that you become susceptible to when on the pill.

When I initially was put on the pill, things didn’t seem all that different. I was still playing sports, hanging out with my friends, and enjoying year 13 like everyone else. But when I had been on it for a few months and arrived at university, things started to look a little different. I had intense and tumultuous mood swings. I began feeling low, and when that time of the month came, my mood became so bad that it was impossible to do anything at all. I was susceptible to bursts of anger and irritability, with my friends often being the ones to bear the brunt of it. I was forever in a state of feeling short tempered and aggravated, depressive and moody. Instead of thinking about what I was putting into my body day after day, I put it down to a variety of other reasons: I was adjusting to life in a residential college, I was under pressure trying to get into law school, I was drinking more than ever before. I put it all down to the side effects of growing up and embracing the new university lifestyle.

But it wasn’t. At least, I don’t think it was any more. Last year I began to develop a withdrawal to the pill, meaning that when I would stop taking the pill to get my period once a month, my body would do a complete one 180 and not know what to do. I had developed a dependence upon the fake hormones I had been pumping into my body for years, and when I came off them, my body went AWOL. I would slip into deep depressive episodes. I didn’t want to get out of bed. I couldn’t physically stand to be around others. I was either barely eating, or binge eating. Even walking to class was a painful, teary-eyed journey. My body didn’t know what to do without this precious little pill inside of it. I’d have severe brain fog and forgetfulness. I’d bawl my eyes out one moment, then feel hysterically happy the next. I’d experience excruciating pain in my back and thighs. But again, I just told myself that this was normal. This is what getting your period is. You’re meant to be a bit sore and a bit sad - it’s just the female experience.

In January of this year, I’d had enough and figured something was seriously wrong. I called my doctor, and explained my situation and symptoms. I told her my body had developed this strange reliance on the pill, and when I came off it, I felt like I was going crazy. She recommended that I skip my periods, and take the pill right through, so I’d only get my period every 3 to 4 months. It seemed peculiar to me that I should keep pumping my body with this thing that was clearly harming me, but again, I needed to be on it. My other option was condom sex, or pregnancy, which my partner at the time wouldn’t have enjoyed - but that’s a whole other issue to get into. So, I tried it. I continued taking the pill. I lasted six more weeks before I called it quits and went cold turkey. And I have never felt better since.

I have been off the pill for about five months now, and it is amazing. My hormones and cycle are more regulated and natural, and I am no longer susceptible to emotional and angry outbursts. I now feel great, knowing that I won’t have to write one whole week off every month due to being in a depressive and anxious state. I no longer burst into tears without reason. The pain in my back and thighs is gone, and I don’t have to constantly hammer down Panadol. It’s comforting to know that I am no longer filling my body with artificial hormones that are harming rather than helping me.

So, to all my contraceptive-consuming folks out there, if you’re considering coming off the pill, I’d urge you to do so. Obviously, I am no doctor, and my experience will be different to others. But, if you are experiencing anything I did, or you have a gut instinct that something is not right, please pay attention to that. Don’t dismiss your struggles, pain or side effects as we have been so perfectly conditioned to do.