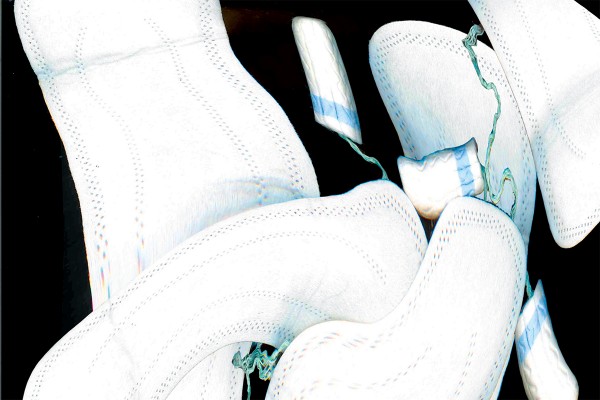 Some people feel incredibly opinionated about using only pads or only tampons and renounce the other as if it went against their family values. Two people, who swear by each of the sanitary products, sat down with Critic Te Arohi to state their case, lay their facts out, and walk away without changing any of their viewpoints. Here's how it went.

Tamara started off as a pad user. She was “scared to use tampons for quite a while”  as compact cotton is a completely rational fear, next to spiders and large travelling herds of school kids in uniforms. What brought Tamara over to the pro-tampon side, you ask? “Swimming is a big benefit, actually wanting to go swimming made me change from pads to tampons” said Tamara. But so much more made her stay.

In what can only be described as class, Tamara likes that you can “chuck that thing up there and not think about leakage for a good amount of time”. Remember that a good amount of time is four to eight hours, or else you risk Toxic Shock Syndrome. If you take anything away from this article, please let it be that. It’s not fun.

Tamara doesn’t miss the way pads sit in underwear. “They can rub, they can show if you’re wearing tight clothing, or even ride in a weird position”. Tampons are also much better for sports. While this could be brainwashing propaganda from Kotex, Critic Te Arohi did not want to open that box of cotton worms.

Another great benefit of tampons is how easy they are to transport. Because they’re smaller than pads, Tamara reckoned that “You can chuck them in your bra, or even put them in your shoe if you’re desperate”. The health standards of the latter option is questionable at best. On the topic of questionable science, Tamara doesn’t like how with pads, you can’t escape “the fact you’re just kind of sitting in it”. She notes that with tampons “I guess you’re still sitting in it but it doesn’t feel like it”. As the old saying goes: out of sight out of mind. Not only this, but Tamara added that tampons are versatile, and can be used for more than just your pussy. “They’re also good for bloody noses,” she said. Critic Te Arohi notes that while they may be great for bloody noses, the Emergency Medicine Journal says that using tampons for gunshot wounds of terrorist attacks is “ill advised”, and that stories of their use on the battlefield are “absolutely false”.

Lastly, Tamara notes that pads also make the experience of sneezing “terrifying”. Which is fair enough, because you never know when that shit’s gonna leak.

Polly is Team Pad. “Tampons scare the shit out of me” she said. “I’m always scared it’s going to get stuck up there, or the string will break, or I’ll get TSS”. While to the avid tampon fan Polly’s fears may seem irrational, they are still valid. Polly has said that whenever she tries to use tampons, her anxieties and hypochondriac tendencies get the better of her, so it’s easier just to use pads. “They’re easier to use, less stressful, and despite what some people say, I actually think they’re way more comfortable”. On Tamara’s point about the leakage freakage that comes with pads, Polly disagreed. “I’d argue tampons are more likely to give you leakage freakage, pads are roomier and cover more of the downstairs region, so if something leaks, it’ll be caught” she said. Polly also said that, despite what Tamara claimed, pads can “not actually be seen through clothing that easily” as “who would wear tight clothes on their period? Don’t you feel too bloated and gross for that?”

On the transportation topic, Polly disagreed with Tamara’s point. “Pads are small and flat, so you can also fit them anywhere.” Your bag, inside your bra, waistband or pocket were just a few of the (much more hygienic) options listed. But even if they can’t fit, and you have to pull that pad out in public, Polly said this just helps to eradicate period stigma.

Like tampons, pads are also versatile, argued Polly. “If you’re in a pinch, pads can also act as a band aid, a tissue, or a napkin”. While socially questionable, Polly did make a relatively good case. They would make very effective masks, too. Maybe. We’re not health professionals, we don’t know, but we’d love to see you try it.

But let's be honest. No matter how much you want to debate this subject, every single bleeder knows the ultimate combination is a tampon with a small liner, just in case. The magical goat from the cult classic Hoodwinked! (2005) preached the motto ‘be prepared’ which is exactly what the liner brings to the table.