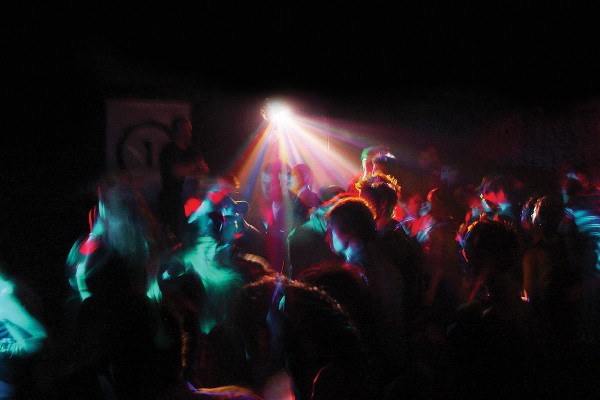 Dunedin is a city that bleeds music, but in recent years, our gig culture has faltered. And I’m worried that we’re going to forget what it meant to us in the first place.

Because students mostly cycle out every three years, if we lose something for three years straight, there won’t really be anyone around to tell the newcomers what’s missing. With Covid cancellations and closures nearing the three-year mark, I’m worried this is happening to gigs. Gigs are the heartbeat of Dunedin, Dunedin is a musical city, and we need to make sure that our new students get to enjoy that piece of Dunedin’s soul.

There is no feeling that compares to live music. Even if you have no clue what band is playing, or the song they’re singing, nothing matches the magic of a live gig. Crowds of people swarming together to dance and sing, drenched in sweat and beer. From a musician’s perspective, there is quite possibly no better feeling than seeing a crowd of people cheer and scream to your music that you poured your heart, soul and precious time into. It’s worth the spare $10 to buy a ticket to a gig at The Crown, or a few pints at Pint Night. In the words of one of the greatest films of all time: “one great rock show can change the world.” And that’s a fact.

Every year, the music issue of Critic Te Arohi is my favourite to produce. It’s an issue entirely focused on our local musicians and creative community, whose tireless efforts, imagination and passion keep this city’s cultural scene thriving. However, the past few years have been tough, and our local musos need our help more than ever. Slowly but surely, many of Dunedin’s beloved venues have been shutting down (RIP Starters), while noise control complaints have been squeezing the life out of gigs. Combine all that with a global pandemic, and you’ve got yourself in a pretty sticky situation. Now, venues and support are scarce, and it’s more important than ever to support our local musicians and creatives. So, I’m telling you: please go to gigs. For your sake more than mine.

It’s hard being a student, I get it. There are academic and financial pressures, which often lead to a “ceebs” mentality when it comes to going out or buying tickets to events. We’ve all registered as “going” on Facebook to a local gig before bailing, it happens. Maybe we forgot, or maybe the venue was too far, or too expensive.

Historically, Dunedin has always been known for its music scene, as well as the fact it’s the perfect city to make music in. It’s not too big, as well as close knit and (relatively) affordable. It is one of the few small and remote places in the world which facilitates an environment for young people to come together and create whatever music and art they want. There is none of the pressure which comes with high stakes of big city living. There's no expectation to conform to a particular sound or art form which is popular, or that will make you money. Instead, it’s a place where a bunch of young people, thrust together by the pursuit of their education, can create whatever they want, whenever they want, united by the collective experience of being a young person in Dunedin. You may not realise it, but in decades from now, you will still be talking about your time in Dunedin, and how its sound and feeling shaped you. The sound and feeling that these hard working, dedicated musicians are currently writing about.

Because everyone wins. Our local musicians are supported and encouraged, and you get a glorious night out of live music and meeting new people. For all you know, you could be witnessing the next Six60, or the next Lorde. It also shows the bureaucratic powers that run this city that live music's not dead, and that people want to dance and party. It shows we need more venues, and there is an audience and demographic for it. It’s encouraging, supportive, and everyone wins.

So, to whoever is reading this. I encourage you to go to every gig, even if you don’t know the band or artist. It might just surprise you. I urge you to spend that extra $10, or stand in line for that bar if it means encouraging our local musicians, and supporting the most magical thing we have – music. Because without our creative community, this city is dead.