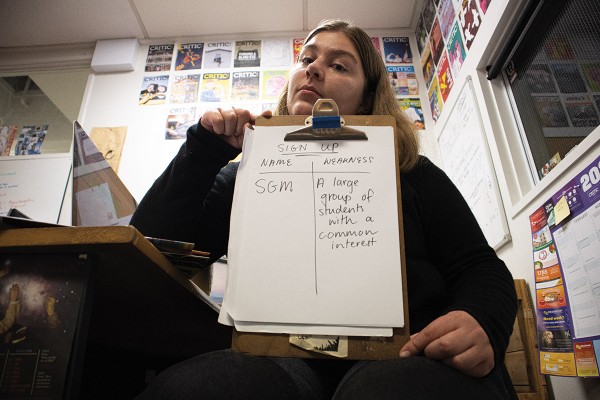 EDITORIAL: Sign Up Club Should Absolutely Not Take Over OUSA’s Meeting

I repeat, Sign Up Club should NOT take over the OUSA Student General Meeting that is taking place on Wednesday 21 April at 12pm in Union Hall.

It would be VERY BAD if Sign Up Club sent say a hundred members of their pyramid scheme, and their members voted as a bloc making up over 50% of the students at the meeting and gained the ability to pass whatever motions they wanted. The Sign Up Club should most certainly NOT become aware of their constitutional rights as students at an SGM.

I would hate it if a group of students were to co-opt a meeting that is designed to give groups of students a frankly insane amount of power.

There are 6000 people in the Sign Up Club Facebook group. Many of them (conservatively, 2000) are Otago students. That’s more students than voted in OUSA’s last election.

It would only take 25 people to sign up three friends to the SGM for them to take over and wreak havoc on OUSA for the entire year.

OUSA usually struggle to meet quorum (the required number of students for an official meeting) and end up recruiting innocent people who are just trying to eat their lunch near Union Hall. Quorum is only 0.5% of students, or 100 people. So if you can bring in 100 students who have a purpose, like supporting Sign Up Club motions, you’re going to be successful.

Here are the things that Sign Up Club could do if they managed to get enough students along: