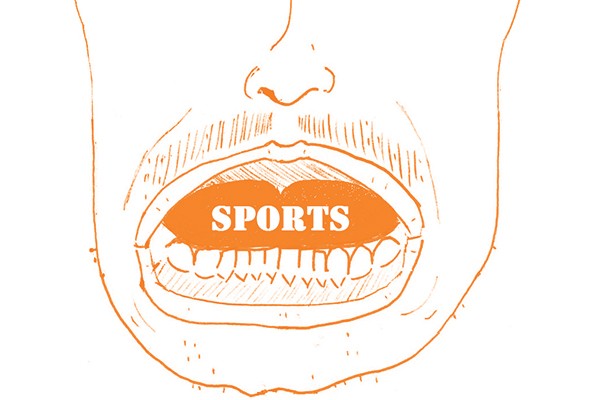 This question comes from a loyal reader: “To Sage Advice – we all know there are honourable and dishonourable acts in the world of sports. What are some of these, and how can we all become better human beings through sports?” Thanks for another great question. This week I have asked a sports freak all about sports – the good, the bad, and the very bad. She wishes to remain anonymous, but I can reveal she hails from the very honourable North Dunedin.

“Let’s start at the bottom. Playing golf on the moon was the most dishonourable act in the history of sports. It was an act that trivialised the moon, defiled the noble game of golf, and was a discredit to NASA. The moon’s sacred surface had been respected since the dawn of Man, but bringing golf to the moon was a blow from which the moon could not recover; the moon was ruined. The moon was made a joke. It was like making the faithful family hound kiss the cat – unforgivable.

I’ll let you in on a little secret: all sports are essentially fake. They’re rigged. There is too much money riding on them for them not to be. There are, of course, a few exceptions. Take professional wrestling, for example. Before you stop reading, let me say that of course the matches are staged, etc. etc. – but only a fool would get caught up in such small detail. I believe that, while being staged, sometimes during the matches things go wrong – and that is when reality begins. That is when the wrestlers get Mad. Real anger, real carnage, oh yah baby. Who could forget that timeless 1996 Stone Cold Steve Austin feud with Brian Pillman – when Steve Austin was so Mad that he showed up to Brian’s house after dark and started yelling and wrecking up the place. But Brian had a gun?! And Brian pointed it at Steve Austin right when someone pulled a cable out from one of the TV cameras by mistake, and the screen cut to static. Ooh! Ah! I still lie awake at night sometimes thinking about that fateful night 21 years ago. Such is the power of good sports.

For my money though, WWE wrestling is still not real enough. Enter lucha libre, Mexican professional wrestling. It has what the WWE, Raw etc. do not – and that is depth. In the WWE their faces are exposed, so of course they have to play it safe and stick to the script. But in luche libre things are different. They wear masks. I want my wrestlers to have identities and families to protect. I want my wrestlers to have everything to lose, and hearts to be broken. The masks are how you know there is a real human in there putting it all on the line to feed their families, and my lust for sporting violence. How marvellous.

‘Bread and circuses,’ as a wise man once said, are what it takes to appease the masses, and keep them from waking up and revolting (a la The Matrix, 1999). Well, it pains me to tell you that today those ‘circuses’ are the sports we all love watching so much. And the bread? That’s just the same old bread, baby (a.k.a. money / monetary policy). Thinking about the ‘powers-that-be’ manipulating and pacifying us through sports/marketing makes me so Mad sometimes. Last week it made me so Mad that I headed straight to Megazone to play the mini-golf and blow off some steam. This usually calms me down. But this time I was asked to leave, because they said I was yelling inappropriate language near a child’s birthday party, which is bullshit because ‘shit’ is not even a real swearword anymore – it’s even in the dictionary. And there was a lot of shit in the way of my golf ball and I was yelling at the guy to get the shit out of the way (partly because I was still angry about the masses getting brainwashed by sports on TV, and partly because the little ramps, etc. make it too hard to get the golf balls into the golf holes). And I was given a three-month ban for disrespecting the Megazone.”