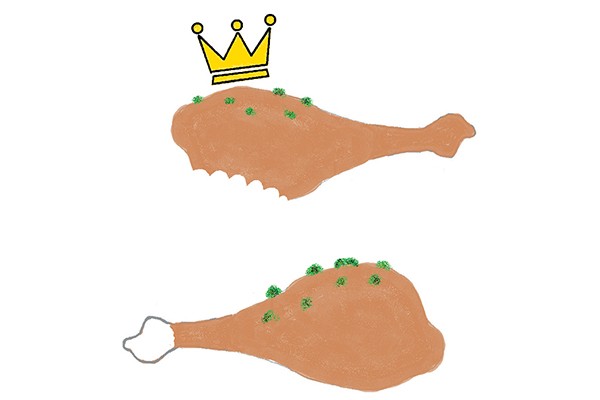 Sage Advice | How to Be a Failure but Still Swag Doe

This week’s question comes from another loyal reader: “How can I cope with failure?” Thanks for another great question. The word ‘failure’ is such a loaded term. It carries a lot of negative and unnecessary connotations. I prefer phrases that I’ve invented, like ‘success light’ or ‘success zero’ – it’s just better branding. But alas, these slogans are themselves huge failures, because they will never catch on or be used by anyone. And this sad fact, in turn, helps create a dreadful and never-ending loop of soul-crushing ‘success light’ that banishes my ego to an abstract wilderness – screaming, naked and alone in a cave. But I digress. This week I’ve been in contact with a local failure who’s kindly shared some failure-related advice. He wishes to remain anonymous, but he currently resides in the mildly successful suburb of St Leonards.

“Greetings. I am a failure. I am a failure, but still swag doe. I feel there’s an unhealthy obsession with success in today’s society. We only need to look at history to see that success is not all it’s cracked up to be. In 1974, the chemist Spencer Silver ‘failed’ to create industrial-strength glue, and was left holding a tub of only mildly-sticky ooze. Big failure, right? Wrong. All Spencer had to do was get his friend to add a little paper and BOOM: the guy just invented Post-it notes. And you’d better believe the motherfucker got paid for that shit.”

Herein, I believe, lies a profound life lesson: success and failure are just two sides of the same Post-it note. It’s all just experience. Whatever you think ‘success’ is, it might not always be so great. Just look at me – I currently work at a very successful car wash here in Dunedin. Just imagine what sort of hellhole I’d be stuck in if I had ‘succeeded’ at finishing my BCom. Forget about it. I’d probably be stuck in an office cube somewhere, pulling the manager’s metaphorical pubes out of my teeth, whilst figuring out a way to pull the manager’s non-metaphorical pubes out of my teeth. No, the car wash is where I belong. I have time to think here, time to observe and ponder the ways of the world. ‘Why must we be so cruel to one another?’, ‘Why am I no longer welcome at my girlfriend’s parents’ house?’, ‘Why won’t her father make eye contact with me at family gatherings?’ It is all, I believe, down to the unhealthy definitions of ‘success’ that people hold so dear. Just imagine if Spencer Silver had ‘succeeded’ in creating his shitty glue. If he’s anything like me, he’d probably have glued his own dick to the floor by mistake and died alone, cold and forgotten, collecting dust in his workshop. Success is overrated. Success is boring.

I know the world is not ready for these ideas, but that’s OK. If you can’t convince people you’re not a so-called failure, that’s OK too. I assure you I’m a bigger one, but I still manage to keep it swag level 100 24/7 365/6. Let me illustrate this with a story. I had to move back to my parents’ house when I first dropped out of Canterbury. As soon as the plane landed I got in touch with my old weed hook-up, because I figured that if Commerce was not my true calling, maybe getting blazed was. The next day he came around to my parents’ house to drop it off at the back door, and, as we were talking, my mum came out without warning to hang the laundry out. She looked at the little bag of herb in his hand, and, without even thinking, my failure-proofing software kicked in: “Hi Mum, you remember Josh. He’s doing culinary arts at Polytech now – and big surprise! He’s dropping off some special seasoning he’s just made. I’m cooking tonight!” The ‘culinary arts’ bit was true, by the way. I’d hoped that Mum would have forgotten about the whole thing by dinnertime, but unfortunately she didn’t. When your Dad laughs for thirty minutes straight because he uttered the words ‘more like culinary farts!’ after farting, and having just unknowingly consumed his third weed-laced chicken leg – that’s when you can say you’ve failed somewhere along the line. But even then, I made the best of the situation. Because with their minds fully open, I was able to school them on politics, and why the only reasonable solutions to the world’s problems are DMT: the spirit molecule and world-wide Anarchism. They’re both really into Joe Rogan, and are in the Black Star Books Otepoti Facebook group now. They’ve also turned into huge Death Grips fans. The moral of this story is that it’s good to make the best of bad situations, and cash in on whatever experience comes your way – whether or not you smoke weed every day. Peace, playa.