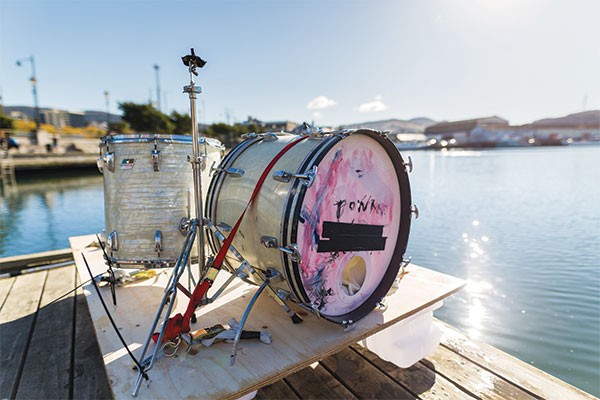 This week Critic has a bit of a music theme going on. We bring you hot scoops from Feastock, a Kiwi’s take on Coachella featuring a delicious cheese sandwich, a rock dog floating on a tiny raft in the Dunedin harbour, and a review of opera singer Jonathan Fa'afetai Lemalu at the Town Hall. Dunedin music is the reason I moved here, and if you’re not involved with it you are missing out on one of our city’s greatest assets.

Radio One have an action packed month coming up with both Battle of the Bands and live-to-air performances every Friday at 4:30. If you don’t already listen to Radio One, you really should – you could stumble on a song that could potentially change your life. You should also head along to the next 91 Club Night at the Cook, featuring Yoko-Zuna from Auckland, FRAN from Christchurch, and Bela Khan from Dunedin.

New Zealand music month is a wonderful thing, but, if you love music, you should support New Zealand music every month of the year. You know how incredible it is to think about meeting your all-time favourite musician? Well imagine if that musician were someone who plays in Dunedin every month, who you can talk to and watch in small venues, where you might be one of the first people on earth to hear their new material. My favourite musician is one of my best friends. You should check out her band Strange Harvest and her solo project Embedded Figures.

Every one of your favourite musicians started out playing tiny venues to tiny crowds. That’s where they come from. Imagine seeing their career right from the first gigs they played, before the fame and cocaine have gone to their heads and they’re surrounded by a crew of promoters.

On that subject, we’ve lost several music venues in Dunedin in the past couple of years. Our venues and their owners and managers are valuable parts of our community, often working for very little profit to support local music. We need to support them too, or they will disappear.

Remember that music is not just for people with beautiful voices and virtuoso skills. That’s what punk is for. Pick up an instrument and see if you can make something you think sounds cool. That’s all that matters. You don’t need an expensive instrument. Find something at a garage sale or make your own out of some rubber bands and a tissue box. Hit the wall with a wooden spoon. Have a fun time. Rock on.