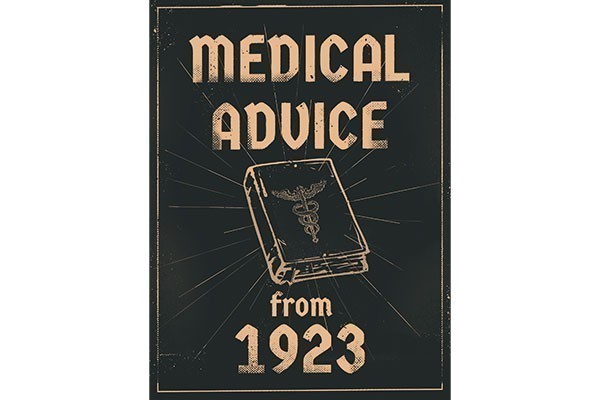 Latest method of curing baldness, and preventing hair from falling out

The causes of baldness are plain: excessive action of the brain, such as intense study, great mental anxiety, etc., producing unnatural heat of the brain-surfaces, thus causing the hair to drop off.

People are often lead to try many so-called specifics, to prevent the hair falling off, but they are generally either useless or worse. Doubtless, there are many thousands of pounds of hog’s fat sold every year as bear’s grease, etc., to cause the hair to grow abundantly and prevent its falling off. Washing the head often with warm salt water and combing it with a fine comb, together with regular and temperate habits, are the best preservatives and restoratives of the hair.

The head should be as thoroughly washed as any other part of the person, and that weekly. When the hair is very thick and long, its roots can be washed without wetting its entire length. This is important for ladies and those children whose custom and fashion it is to wear the hair long.

The outside of the head has more to do with its inside than many people suppose. A muddy and confused mind is often the effect of external dirt and glect. The natural perspiration is thereby suppressed, and serious evils are sometimes the result.

Look at one of these “martyrs of fashion”! Her head is loaded with hair, natural and artificial, and covered, under this load, with foreign mixtures, in the shape of hair-oils, perfumes, etc. While over all this is the bonnet, with a veil often attached and drawn closely over the face, to shut out the life-giving air from the poor starved lungs.

The following is one of the best remedies in general use for baldness. It has produced a luxuriant growth of hair for persons who have been bald for many years, and will nearly always restore it, if the hair-follicles are not dead.

A celebrated physician called our attention to a fine head of hair succeeding baldness, which was obtained by a moderate use of kerosene, gently but persistently rubbed on the bald spot.

Hair Invigorator - Wash the head once a day with warm strong sage tea. It will promptly check the falling out of the hair. If the use of this be continued for a sufficient length of time, it will make the hair thick and strong.

Girls’ hair - This should be kept cut short until they are twelve years of age, allowing it to curl if naturally inclined to do so, but should never be tortured into wisps and kinks by hot irons, or other violent means. As it becomes longer, in later life, it should be twisted, very lightly, into a loose coil, and the ends, if tied, should be fastened loosely with a ribbon.

Men’s hair - This, when it begins to fall out, may sometimes be saved by keeping it cut very short. Brush it well when quite dry, then wash with warm soapsuds, rubbed well into the scalp, and wipe the whole hair with a soft towel. Then, in the same manner, run into the scalp a little bay-rum or pure brandy. This should be done twice a month. The scalp should be brushed well three times a week.

Oiling the hair - The more hair is oiled, the more oil it will require, and it will only serve to keep a layer of grease and dust all over the scalp, which will prevent the air getting to the roots of the hair, and thus destroy its vitality. Nothing should be allowed to touch the hair of children, except soft, pure water; and, if it were regularly cut, every six weeks, from three years of age to fourteen, and the scalp kept clean, as above directed, the growth of the hair would be so strengthened that girls of twenty would have healthy, glossy, abundant hair of their own, instead of having to rely, for this natural ornament, upon the artificial contrivances of the hair-dresser.