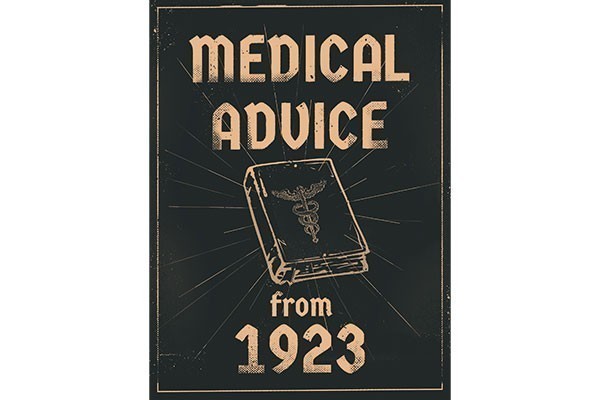 Apart from disease, sleeplessness may arise from an overloaded stomach, over-excitement, or cold feet.

Treatment - How to sleep is to many persons a matter of high importance. Nervous persons, who are troubled with wakefulness, usually have a strong tendency of blood to the brain, with cold extremities. Let such rise and chafe the body and extremities with a brush or towel, or rub smartly with the hands to promote circulation and withdraw the excessive amount of blood from the brain, and they will sleep in a few moments. A shower-bath or a sponge-bath and rubbing, or a rapid walk in the open air, or, it is said, going up and down stairs a few times just before retiring, will aid in equalising circulation and promoting sleep.

Studious men ought to avoid late readings, and on going to bed endeavour to sleep may be procured by the person getting up and walking about the room for a few minutes. By such means sleep is sometimes induced when previously it had been solicited in vain.

In protracted cases of wakefulness, the patient should be made to fully understand the danger he is in, and to lend his entire concurrence to the efforts for his relief. Mental labour should be given up; overwork of any kind must be abandoned; forget all cares, and borrow no annoyances; and all articles liable to keep up the trouble must be forbidden, such as tobacco, coffee, and tea.

Remedies - An admirable remedy is to use a pillow stuffed with hops, or one containing a portion of them. Sleep with the head towards the north. Instances are common where the patient suffers from an empty stomach and a quantity of easily digested food will satisfy the craving and promote sound, refreshing slumber.

Cold to the head or hot foot baths, with or without mustard, or a warm bath will relieve the patient promptly. The patient should examine his surroundings, as to whether a cause exists, such as improper position in bed; the best is always where the head and shoulders are above the level.

Never sleep with the head covered. Children should sleep alone as much as possible, if we would have them possess vigorous lungs, sound bodies and sound minds. Fat persons should sleep little and exercise much. Too much sleep in a warm bed weakens the nerves, disorders the brain, produces peevishness, leads to apoplexy, palsy, excites palpitations, and relaxes the system by over perspiration. Chronic wakefulness may be greatly controlled by eating plentifully of onion soup two or three times per week. The loving and harmonious are invariably the sweetest sleepers, but the stoutest slumberers are they who work much and think little.

Bad Dreams - Do not gratify your appetite with too many kinds of food, especially near bedtime. When a child, you were injured by affectionate expressions from friends and family in the shape of candy, raisins, nuts, and rich cake. These are germ-generating “evil spirits” that now beset you in your dreams. Sleep with your head toward the North Pole hereafter, and always go to sleep on your right side, and as a rule eat or drink nothing after seven o’clock pm.

*This information was taken from Vitalogy, a real medical book published in 1923. This column is for entertainment only and should not be taken as advice by anyone, ever.