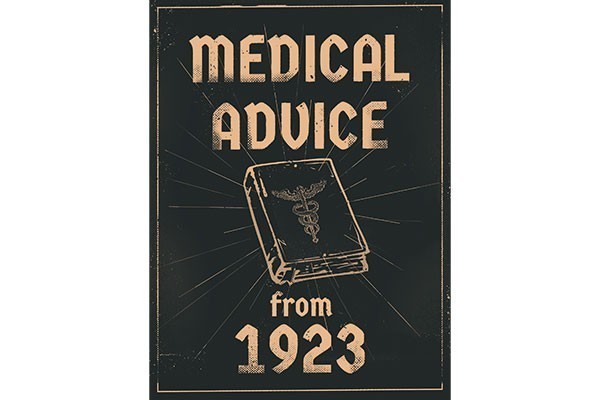 This affection generally occurs in females between the ages of twelve and forty-five, and it is more frequent at menstrual periods than at other times.

Causes - The present cruel method of bringing up young ladies favours the development of the disease by rendering the whole system delicate and nervous. They are deprived to a great extent of the all-important necessities of life: sunlight, pure air, active labour and exercise. Hot rooms, unnatural confinement in schools, crowding the intellect to the neglect of the body, solitary vice and novel-reading are among the causes of this disease; also disappointments in love, domestic troubles, strong mental emotions and an irregular or vicious life. It is often connected with, if not caused by, spinal irritation; also by diseases and derangements of the womb.

Symptoms - this disease occurs in paroxysms or fits, which are sometimes preceded by depression of spirits, anxiety of mind, effusion of tears, difficulty of breathing, sickness at the stomach and palpitations of the heart; more usually a pain is felt on the left side with a sense of distension, advancing upward till it reaches the stomach, and thence to the throat; it occasions by its pressure a sensation as if a ball was lodged there. The disease having arrived at this height, the patient appears to be threatened with suffocation, becomes faint and is affected with stupor and insensibility, while at the same time the trunk of the body is turned to and fro, the limbs are variously agitated, wild and irregular actions take place in the alternate fits of laughter, crying and screaming, and incoherent expressions are uttered, a temporary delirium prevails, and a frothy saliva is discharged from the mouth. The spasms at length abating, the woman recovers the exercise of sense and motion without any recollection of what has taken place during the fit. In some cases there is little or no convulsive movement, and the person lies for some time seemingly in a state of profound sleep, without either sense of motion.

However dreadful and alarming a hysteric fit may appear, it is seldom accompanied with danger: and the disease never terminates fatally, unless it changes into epilepsy or mania, or the patient is in a very weak and reduced capacity.

Treatment - During a fit, the patientís dress should be loosened, so that the circulation and respiration may be embarrassed as little as possible; cold water should be sprinkled or rather dashed on the face, the body laid in a recumbent position with the head elevated and a current of air admitted into the apartment. The attendants may be employed in rubbing the temples, abdomen, and extremities. It is usual for five or six persons to clench their patient during a hysteric fit, and confine her to the bed or in a certain position, but this practise should be avoided. It is best to only use force sufficient to keep the patient from injuring herself or her attendants. When she suddenly rises and springs from the bed, allow as much latitude, liberty and motion to the body and limbs as possible, or if she shows a disposition to roll upon the floor, let her roll. When called to treat the disease during the paroxysm or fit, it will be of the first and greatest importance to immerse the feet and legs in very warm water.