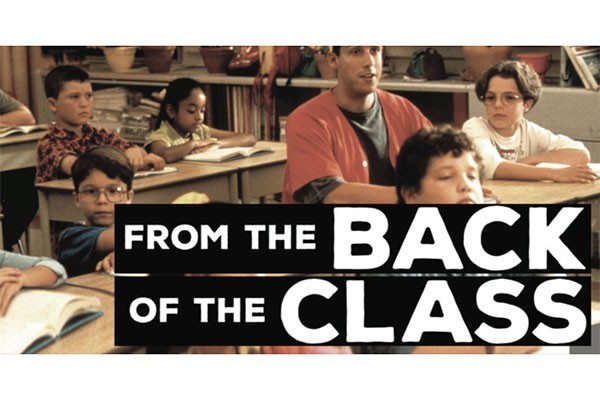 From the Back of the Class | Issue 12

Much like Leslie Knope, Nellie Bly was a pioneer in her field and a woman before her time. She created a whole new brand of investigative journalism known as “stunt journalism”. She was also the first person to figure out that if you went undercover as a journalist you could actually find out a whole lot more than just asking people straight up.

Born in 1864, Nellie Bly was the Hunter S. Thompson of the nineteenth century, or more accurately Hunter S. was the Nellie Bly of the twentieth. She had a rough start in life when her impoverished family fled to Pittsburgh after a few unsatisfactory marriages.

In Pittsburgh, Nellie worked to support her mother and siblings. Pittsburgh’s most popular journalist at the time was a man called Erasmus Wilson. Nellie happened to read an aggressively misogynistic (by today’s standards) column of his where he wrote that women belonged at home cooking and cleaning and that working women were “a monstrosity”. Nellie, as a working woman herself, didn’t brook no shit like that and wrote a letter to the paper expressing her feelings in no uncertain terms. The editor of the Pittsburgh Dispatch was impressed by her spirit and offered her a job.

However, despite her obvious talent, she was confined to “women’s” stories and forced to write about flower shows and fashion. But, much like Cyprus Hill, Nellie wasn’t going out like that and fucked off to Mexico to expose the violent oppression of the people and the censorship of the media at the hands of their local dictator. The regime didn’t take kindly to that and Nellie had to flee back to the US where she was again put on flower show duty.

No-one puts Nellie in the corner, however, so she left the paper for the New York World. As her first assignment/job interview, she infiltrated the infamous Women’s Lunatic Asylum by faking insanity. There she experienced the conditions first hand, including freezing baths, full body restraints, rat infestation, and physical and psychological abuse. Her undercover report caused a sensation and led to widespread reforms in the care of the mentally ill.

In 1888 Nellie suggested to her editor that she attempt to turn the fictional Around the World in Eighty Days into reality. Carrying only the clothes on her back, her necessary toiletries and £200 in a bag around her neck, Nellie completed the journey in only 72 days, trumping even Phileas Fogg and proving you don’t need a cock to write good copy.

Tags:   from the back of the class columns