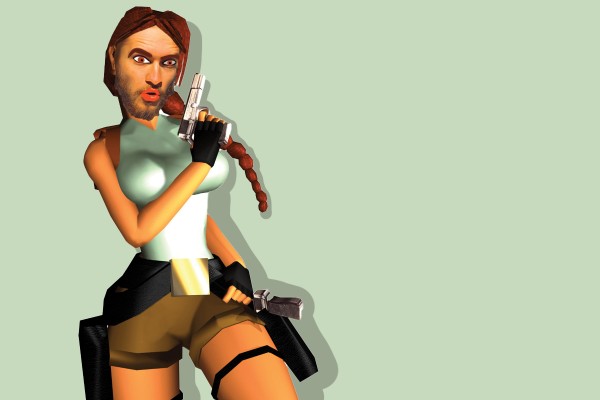 Women’s stupidly sexy video game armour has real-life consequences. Hear me out on this one.

We all know that women’s armour in video games is absurd. You’ve got a whole-ass knight in shining armour with a flaming sword facing off against a witch who’s wearing essentially a few leaves and a vine. Lara Croft is in a tank top, and don’t even get me started on Mortal Kombat. The argument in defence of these costumes can go a few different ways, all of which are kinda bullshit, but it usually culminates in the sentiment that “it’s just a video game, so what does it matter?”

Right? It’s just a screen, so who cares? Those leaves are enough for her, because they’re MAGIC leaves, get it? She’s totally protected. By magic.

The problem is that magic isn’t real. And these days, more and more video games are getting turned into TV shows or movies, and suddenly the ridiculous costumes that were drawn up for Lara Croft are being sewn and worn by real women on screen. And when these video games have any action in them, that means they’re also worn by stuntwomen.

Stuntwomen suffer more injuries than men. While men can stuff their bulky costumes with padding, stuntwomen are given the impossible task of figuring out how to turn a bikini into a protective garment that can save their body after a huge fall. Seriously, think about it, if you’re playing Lara Croft or anyone else that fits the bill, how the hell are you meant to pad yourself up without making it obvious to the audience?

It’s not just video games, although that’s the most obvious culprit. When we encourage bra-plate armour in any sort of character design, we’re setting up stuntwomen for riskier work. Sure, all stunt work is laced with risk, but I’d much rather wear a costume that can at least accommodate some knee pads, y’know?

Legendary stuntwoman Tammy Baird told The Guardian in 2016 that “It’s just what needs to be done for film. It’s not life-threatening; it just hurts a lot more.” And while that might be true, it can certainly be changed. Right now, Amazon is developing the most expensive TV show ever produced: Lord of the Rings. Three stunt people have been injured on site, and the stunt crews have complained that their security concerns aren’t being taken seriously. One of the injuries was sustained by Kiwi Dayna Grant, who also doubled for Furiosa in Mad Max and Wonder Woman in 1984. I’m not sure what her costume was when she sustained what led to a brain aneurysm, but if the injury was due to a costume that looks more like a bathing suit than armour, I’m gonna be pissed.