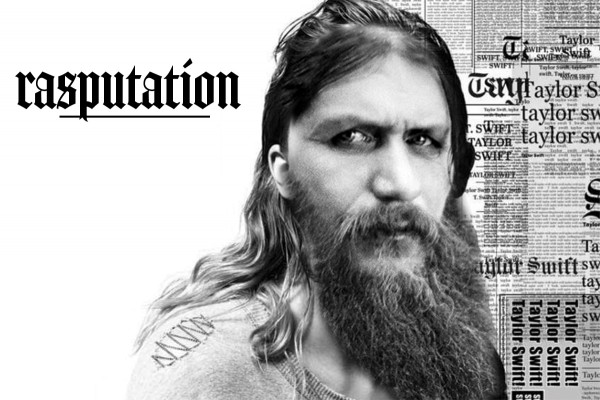 You don’t have to like Taylor Swift, but it’s weird how vehemently some dudes will hate, hate, HATE Taylor Swift. Almost like they need you to know how much they hate her because otherwise they’re not a man, or something. It’s weird, and it’s super toxic.

I used to say I hated Taylor Swift, which was a lie, because I absolutely frothed You Belong with Me and didn’t see the hypocrisy in that at all. There was just something about Taylor Swift that I felt was completely antithetical to who I was as a person and I refused to identify with it in any way shape or form, and when people pointed out how stupid that was, I just doubled down on my stance. It’s pretty cringe to look back on, to be honest. I never had a problem talking about how much I loved Lady Gaga, so what the hell was my problem with Taylor Swift?

I reckon that part of it comes down to how GOOD she is. At everything, but also just as a person. She’s sort of built herself up, by being herself, to be this example of what a genuinely good, pure person is, a great role model and a great artist. And I think some people hate that. I think some people, probably my past self included, looked at Taylor Swift and said “there’s no way anybody is that good.” She represents a lot of the good things about humanity that people want but can't have, and when somebody is envious of that, it’s really easy to want to see a reputation like Taylor’s tarnished - because then even the best of us aren’t perfect.

People are so excited to see the evil in someone, so unwilling to accept that some people are just kinda… good. It’s just not that deep. She’s just a good person who happened to make it big. And then when Kanye openly slandered and bullied her in front of millions of people, it gave people on the outside some sort of credibility to hate her, because if Kanye’s saying it, it must be true. Right?

I don’t know what it is about picking on an easy target that gives some people so much vindication, but I think that’s what this is about. People know that Taylor isn’t going to bite back because she isn’t a mean person, and it means they can say that they hate her without fear of repercussions. Which is their loss, to be honest. Life is a lot more fun when you stop hating some of the most commonly-played music for no reason whatsoever.

Part of it is not wanting to admit that a woman is doing a good job. People hated the Dixie Chicks, people hated Blondie. Nobody hated on Green Day for complaining about the world they lived in, but plenty of people hated on Taylor for complaining about hers. And I think that a lot of this hate is rooted in misogyny, whether or not you want to admit it. And it’s not like Taylor got overly political - she did a bit - but it seems like women get cancelled when they get political because they’re no longer a sex icon and men get away with it because that’s their job.

I just don’t understand why people can’t admit that she’s a good songwriter. I doubt that there is anyone on this planet with access to music that has not enjoyed a Taylor Swift song, possibly because they don’t even know that Taylor Swift wrote and sung that song. She’s just all over the charts. You can’t deny that there has been a moment in your life where you have danced or sung to a Taylor Swift song and enjoyed it. And guess what, buddy, I’ve got news for you: that makes you a fan. Even if just for two minutes.

Taylor Swift has managed to preserve this juvenile sense of purity, and I reckon some people interpret that as “fake”. They assume that the meanness that resides in their hearts also resides in hers, so her “girl next door” vibe must be a facade. But that’s not the case. They’re just bitter. If you can’t relate to someone’s optimism and kindness, it doesn’t mean that they’re being disingenuous. It just means that you’re a bit of a dick.