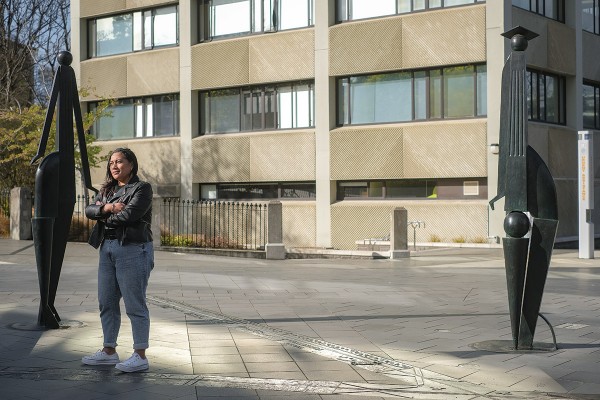 Melissa Lama: Who Is She?

An interview with your 2022 OUSA President

“My life involves lots of different worlds,” says Melissa Lama. “There’s the Pacific community, I’m a mum, there’s student politics, and I study. I do it to myself but I wouldn’t change it, it’s who I am.”

She’s open about her struggles with anxiety and depression, her family life, and her childhood growing up on the run from immigration. Her mum was an overstayer and a single mother. She didn’t get official residency until Melissa was six. Melissa got married when she was 17 and had kids when she was 18. “You can probably find all of that on my Instagram,” she laughs. “I’m an open book.”

“Immigration policy in my life is probably why I am the way that I am,” she said. “That’s how you get a connection to politics, you think about a policy that didn’t work for you and your family. That’s what I tell other people if they feel disengaged.” She’s planning to start a PhD part-time and said her research might focus on an evaluation of immigration policy in relation to overstayers.

People have questioned Melissa on why she’s decided to add the OUSA presidency to her already busy life. Someone asked her over Facebook ‘how are you going to look after your kids? Like I’m not trying to say you’re not capable, but...’

“Ugh, I get that all the time,” she says. “I’m like: ‘they have a Dad. It was his sperm.’ I’m very up front about it,” she says. “My kids are going to grow up and I want to show them that you can be whoever you want to be in any space. I want to inspire other young mums too.”

“But if I go out people are like, who’s got your kids?” Melissa thinks it’s important, as a representative of Otago students, to be out at house parties. “And not gonna lie, it’s fun too,” she says.

“I rep Otago everywhere I go,” she says. “Even in the Covid response group space, they don’t even call me Melissa. They’re oh that’s the Otago student leader. I go into the meetings with the clocktower Zoom background and it triggers all the Auckland Uni researchers.”

She’s currently doing some casual work as a Research Assistant at Auckland Uni, but insists that this isn’t straying away from Otago. She’s researching vaccine hesitancy in Pacific communities as a way to get her strategy for reaching out to those groups funded. “We’re not really doing it to get paid, we just want to get the strategy resourced,” Melissa said.

She describes being elected as “a massive privilege”. “It’s a success for my community, myself and my family — but it's also pressure in terms of making sure that I show up for our students,” she said.

In terms of her strategies for the next year, Melissa is focused on engaging with students and trying to get feedback in real time. She thinks social media will be a key tool. “I want to try to capture as many people as possible,” she says. “There’s room for collaboration, room for association takeovers on the page. They should be able to show who they are.”

She says that being OUSA President will be different from being UOPISA President because she will be “more accountable to different perspectives”. “In Pacific cultures, we have cultural practices that keep us molded together. I won’t have that in OUSA.”

With that said, she’s optimistic that her experience in governance will set her up well for the role. She’s represented Pacific youth in the Covid response as well as in consultations on the Code of Pastoral Care. “Maintaining relationships is a big one for me. I do things that put people on edge, but if I am able to maintain relationships and navigate those spaces well, that’s half of the the job done.”

Melissa is positive about the rest of the OUSA Exec for 2022. “One thing I told them was as long as you come to me and not be rude, I'm really open to constructive criticism as long as we can talk. I do come across sometimes like a bit of a hard ass and tough. But I’m not like that, I’m actually really immature except when I need to be tough.”

“I’m still figuring out how to balance it all,” she says.