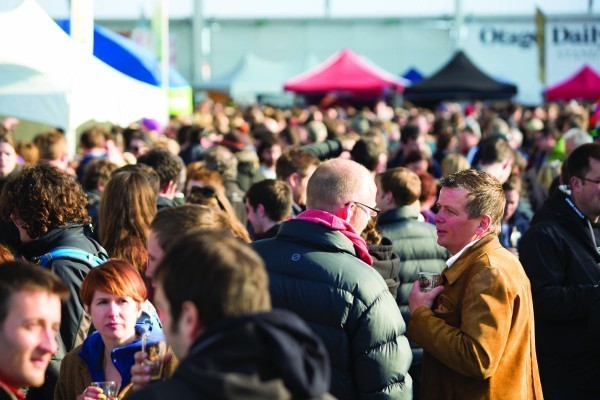 This is either genius or madness, only time will tell

OUSA has changed the dates of the Dunedin Craft Beer and Food Festival (Beerfest) due to Covid. The dates have been changed from the end of October to early December. That means the second day of Beerfest, Saturday 4 December, will coincide with Crate Day.

The press release announcing the change described the decision to move the dates as a “tough decision”.

OUSA’s CEO Debbie Downs said that the overlap with crate day was “a total coincidence”. “Everything is getting condensed towards the end of the year [thanks to Covid]. This date had the best amount of time for breweries to make the beer in time and for people from out of town to be able to come,” she said. “It can only be hosted at Alert Level 1.”

Brewers from out of town will hopefully be able to attend the festival thanks to the change in date. Hannah Miller Childs from Behemoth Brewing said, “as a company we're thankful for the delay — it gives us Aucklanders a chance to get back on our feet and really bring our A-game to Dunners for yet another awesome year at this great festival.”

Andi Hickey from Beer Baronness said, “although we know it’s a logistical nightmare for a lot of people, and for the public who already have tickets, from a small brewery perspective who have not been brewing for the past five weeks this is a life-saver. It means we have some time to prepare and brew something special, so we can bring the festival magic that people want."

People who had bought tickets for the original dates are able to get refunds from Ticketmaster until 31 October. Otherwise, tickets are automatically moved to the new date. Newly available tickets will be distributed through the Ticketmaster waiting list. Provided the weather works out, nearby flats and Crate Day celebrants in Logan Park will be able to take advantage of the music emanating from the stadium. Sort of like their own private Beerfest, with cheaper beer.

Changes to the festival line-up and breweries available, as a result of the date change, have not been announced yet.