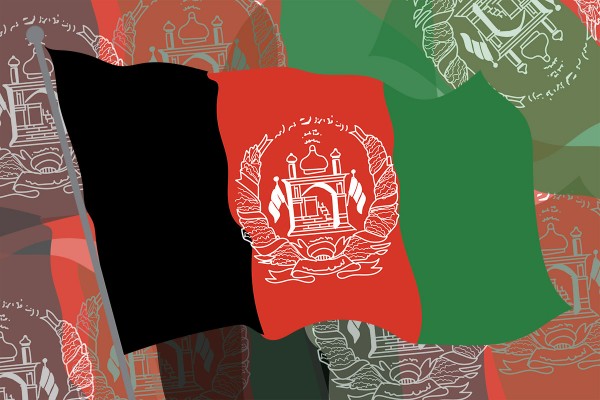 Following the defeat of the American-lead coalition by the Taliban in mid-August, a humanitarian crisis has ensued. Seeing the Taliban retake the capital, the ensuing refugee crisis, and the failure of our institutions to respond adequately has been tough on Otago’s Afghan students.

“Kabul fell so quickly, it was shocking,” said Shookria Rajaiy, Vice President of Otago’s Afghan Students Association (ASA). “I remember the Taliban, the last time that they came around. They drove us out of our homes. They were literally the people that made my family flee to Pakistan. It felt like a repeat of this horrible regime that we had seen before. And we had seen the destruction. It was hard to comprehend that it’s happening again.”

Knowing that their loved ones are at risk, the University’s Afghan community have a lot on their plates. They have been advocating for the New Zealand government to do more for refugees, as well as looking after each other and dealing with uni, too.

Hamid Zawari, ASA’s President, highlighted that the University could have better processes in place for special considerations around tests and exams, ones that would lighten the strain and leave Afghan students better equipped to look after themselves and advocate for their communities overseas.

He says the University has been “quite sympathetic” when approached by the ASA. But “there's a lot of uncertainty that's going around,” Hamid said. Complicated special consideration processes are hard to deal with when you know that your homeland is being overrun by fundamentalist militants, with your friends and family at risk of deadly violence.

“There shouldn't be so many steps in place,” said Hamid. “At the end of the day, you can't really assess students that are emotionally exhausted, [and dealing with] with uncertainty and all the stuff out there and be like, ‘okay, we're going to examine your test’. It's like, ‘well, I lost my country.’”

“Today, it's Afghanistan, tomorrow it will be another country. A couple months ago that was Myanmar,” said Hamid.

The ASA is happy with the University’s response, once they were prodded into action, but they think it could have been more proactive. “Our role as the Afghan Student Association is to be able to advocate for our students, for people from the Afghan community, and they were pretty responsive once we did get in touch with them to try and, you know, offer support of special considerations,” said Hamid. “My main hope is that they are responsive to students if they do need support.”

The ASA has done a lot of work for its own members, aiming to push wellbeing in response to the crisis. Shookria said, “for a lot of us, it is just us. We don't have the support of family, or any others in the Afghan community [here at Otago].” Many of the Afghan students at Otago come from other centres, particularly Christchurch and Auckland.

The ASA has brought mental health initiatives forward. They held an urgent hui, aimed at working through the traumatic content appearing on social media. Hamid, who has worked assisting the refugee process, said: “I found that there was this massive void in terms of support for the youth.” Although the process was derailed by lockdown, the ASA arranged a culturally competent counsellor “that had gone through the same journey as all these youth have gone through, they spoke the same language and understood the whole process, to come across and join us.”

The crisis has left thousands of desperate refugees left in limbo. The New Zealand Government refuses to take action, and Afghan students at Otago wish they would. Shookria pointed out that New Zealand has done special intakes of refugees before, most recently in the Syrian crisis. “I know at the moment with Covid, it's trickier. But people in Afghanistan are desperate, and they are people that are very much in danger. Their lives are at risk,” she said. “I think there needs to be more talk on increasing the refugee quota. There's lots of families that have pending sponsorship applications for their families, and they're trying to get immigration to fast track these applications, because obviously, everybody's worried.”

Abbas Nazari, a former refugee, has called for the government to “fast track applications for spouse and family reunification visas,” as well as commit to a one-off emergency intake. "I understand that the government's hands are tied, given the situation in Kabul, but there are other avenues for support,” Abbas said. Such an intake could take place over a period of time, but “a simple commitment would go a long way in easing some of the fears of the Afghan-New Zealand community," he said.

America has announced places for up to 50,000 refugees, while the UK and Canada have committed to allowing 20,000 each. Even New Zealand’s extra-racist older sibling Australia has shown enthusiasm by opening up spaces for 3000. Minister for Immigration Kris Faafoi has not responded to questions about how many refugees New Zealand will take.

“I definitely think that our attention has been diverted because of Delta,” Green MP Golriz Ghahraman said. “Aotearoa’s commitments are somewhere at the very lowest end of the Refugee Convention member states in terms of per capita resettlement — we actually, per capita, resettle fewer refugees than Australia.”

Golriz said, “the government moved to using the excuse of, ‘logistics are too hard to get people out of Kabul now’. Well, there's actually a lot of people stranded just outside of Afghanistan. And there are certainly airports that are free and operating in both Pakistan and Iran.”

This is not unprecedented. In the 1930s New Zealand allowed around 1100 refugees from Nazi Germany. Many more times that number applied and were denied entry. Then, as now, the Government did almost the bare minimum.

The Taliban are trying for legitimacy and are promising to be peaceful. Shookria says it's crucial that media scrutiny is kept up on Afghanistan. “I think it's easy for the Taliban to say that they're peaceful, but their actions speak louder than words. Recently, they took responsibility for bombing a school in Afghanistan. These are the same people that bombed a maternity ward recently. How can you claim to be peaceful, three months or a few months on from the time when you bombed a school and you bombed a maternity clinic? It just makes no sense.”

Ultimately though, Hamid said, “what we're looking for is just safety for the people. That’s the main aspect I want to see as the outcome of all of this, and the less bloodshed, the better. It’s the uncertainty that clouds everything.”

“All we can do is hope, and pray that things go well. We also hope that the Government does its part in trying to help as many people as possible,” Shookria added.

Minister for Immigration Kris Faafoi did not respond to requests for comment.