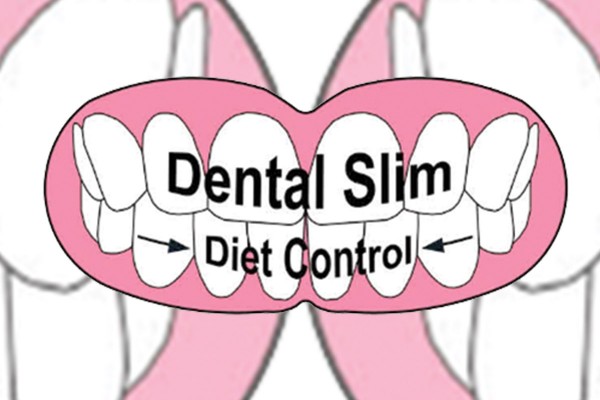 Literally will make money by keeping your mouths shut

The device uses magnets to clamp a patient’s jaw shut. It is designed to help weight-loss efforts. It created controversy on social media a few months ago, but its origin story actually goes back as far as 2002.

When the ethics application for the DentalSlim study was filed in May 2016, the researchers denied that any members of the research team had “any commercial interest in the intervention(s) to be studied”. By 2019, the Uni held a 30% share in it, with the remaining 70% split unevenly between two research collaborators on the team.

At a Health and Disability Ethics Committee (HDEC) meeting on 7 June 2016, a committee member asked “who designed the device and who stands to gain if it was a success and patented?” Chief investigator Prof Paul Brunton did not answer directly, instead saying “this study is just for feasibility, and … if it did look to be working we would move to create and protect an intellectual property claim. In this case we would need a larger trial to demonstrate efficacy.” The report goes on to say: “The Committee accepted that at this stage the commercial involvement was minor."

That conclusion appeared to be accurate at the time when the study began recruiting participants in May 2017. However, in October 2018, a British company owned by one of the researchers, Leeds-based dental surgeon Dr. Richard Hall, changed its name from R M H Consultancy Limited to DentalSlim Production Management Limited.

Around that time, negotiations seemed to have begun with Otago Uni around commercialising the device through Otago Innovations Limited, a Uni-owned company whose explicit aim is to help researchers “get their research or inventions investor-ready”. The Uni’s 2019 Annual Report proudly talked about the trial showing “sufficiently positive results to trigger partnering discussions,” with a “spin-out company being formed early in the year.”

By June 2019, the Uni was a formal shareholder in DentalSlim Production Management Limited, holding a 30% share. Dr Richard Hall held 40% while another member of the research team, Dr Jonathan Bodansky, held the final 30%. In other words, two of the researchers, as well as the University, now had a financial stake in the DentalSlim study. In September 2019, the company then filed a British patent for DentalSlim, along with one of the most painfully half-arsed logos to ever walk the face of a trademark application.

All this occurred while the trial was still ongoing, and none of these developments were ever disclosed to participants or the HDECs. Under the Standard Operating Procedures for HDECs, “substantial amendments” occurring during the study must be reported to them. These include changes which are “likely to affect to a significant degree any of the following: the safety or physical or mental integrity of participants, the scientific value of the study, the conduct or management of the study, [or] the quality or safety of any medicine or item used in the study.”

A University spokesperson told Critic Te Arohi that: “The company was formed following legal advice. It recommended a company be used to hold the intellectual property [patent] application. It is standard practice for research that may have future benefit to seek intellectual property protection and ownership put in place at an early stage.” When asked how much was invested by the Uni, they said: “Otago Innovation Limited has shared a proportion of the patent costs. There has been no other significant financial cost to, or investment by the University into the company.”

When approached for comment, a HDEC spokesperson said that they “had not been made aware of these allegations. We are seeking clarification from the researchers.”

Some, however, seem to think these issues go further than standard scientific practice. On August 3, the British Dental Journal added an Editor’s Note to the DentalSlim study, saying: “Concerns have been raised about undisclosed conflicts of interests and discrepancies between the reported study and the clinical trial record. Appropriate editorial action will be taken once this matter is resolved.”

The money-making angle for DentalSlim seems to have a long history. Dr Hall filed European, American and Australian patents for a similar “obesity treatment aid” between 2000 and 2001. He then appeared in a short article in The Guardian in 2002 to promote his device, while working for magnetic prosthetics company Technovent. The article claimed that his device “passed a 12-month feasibility test” in 2001, and that “this year will see a proper clinical pilot study.”

Since then, the original device has sunk without a trace. There was no record of a follow-up study occurring in any scientific journal or media outlet. Most of his patents were “abandoned”, meaning the inventor left the registry office on seen and stopped responding to their communications, making the patent invalid.

When the DentalSlim study was published in the British Dental Journal earlier this year, it was called “a novel approach” and no mention was made of Dr Hall’s previous attempts at the device. The patent application for the new device also made no mention of his earlier patents or studies. Why the DentalSlim was resurrected, 20 years after this inauspicious start, remains a mystery.