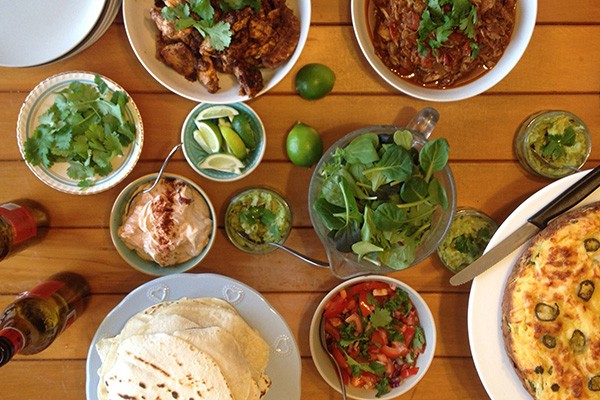 Taco Bell is opening a store here. It will be New Zealand’s second Taco Bell, following the one in Christchurch, which opened earlier this year.

Critic drove to Christchurch over the weekend to scope it out, in anticipation of Dunedin’s newest fast food joint. We specifically sent our most American reporter to review this familiar scene.

“Honestly, it’s the most I’ve felt at home since leaving America,” he said, with a mouth full of refried beans. “I’m stoked. I’m so stoked. I didn’t expect this to make me as happy as it is. I can’t wait for it to open in Dunedin.”

Taco Bell will be filling the niche of Tex-Mex fast food, a niche that Dunedin has traditionally left wide-open. “Not that it’s good Mexican,” clarified our tame American, “but fuck me if it doesn’t hit the spot.” He recommended the Diablo sauce, and said that the employees “technically have to give you as many sauce packets as possible, if you ask for that.

Menu items include burritos, “Mexican Fries”, the “Cheesy Gordita Crunch”, and the “Crunchwrap Supreme”, which our reporter described as “the pinnacle of fast food, an item so inexplicably well-conceived and audaciously executed that it must be experienced to be understood.”

Comments on our Facebook post got heated. “Yuck, get American crap food out of our towns,” said Ruby, apparently unaware of the Kentucky Fried Chicken just down the street. Tim called her “stupid as fuck”. When Henry said “Don’t eat it then, if someone said ‘keep that Japanese crap out of our town’ it would sound unreasonable”, Ryan said “I’m american and I think you’re being a total fucking loser [sic].”

The brand plans to open 25 locations by 2024, and this newest location will be in the old Coupland’s Bakery on Great King. It will be open until 11pm every day except Friday and Saturday, when it will be open until midnight. Toilet paper sales are expected to increase.