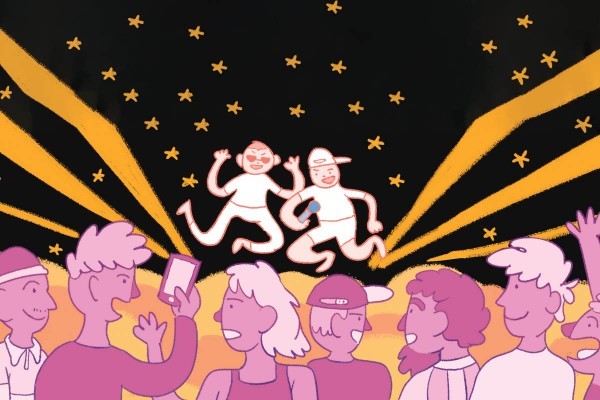 People rent flats next to venues, surprised when gigs happen

Local musicians and venue owners are pushing the DCC to stop noise complaints “killing live music,” after a folk gig at Dog With Two Tails was shut down because noise control could “hear it from a carpark.” As if that wasn’t the whole point.

Dave Bennett was sound engineer at the gig when noise control was called around 9.30pm. “Concerned for the bar, the bands and my own equipment, not to mention about a hefty fine,” Dave called the DCC, trying to clarify how quiet he needed to be to avoid being shut down. The DCC insisted “there is no measurable level as it is a subjective complaints based system,” but suggested that he shut doors and windows, and turn the bass down.

Despite following that advice, noise control returned shortly after with cops, brandishing a seize order. Asking why this was happening, Dave was told that decisions to shut venues down are actually based on “a matrix of parameters”, which sounds suspiciously like “small man on a power trip”. Finally, he was told it was because they could “hear it earlier at a carpark”. So, as bars in The Octagon partied on, the music died: At 10:26pm on a Friday night.

Matt, from avant-rock group Mosaic Sky, was on stage at the time. He said that the DCC upholding noise complaints in the CBD is frustrating: “Surely noisy evenings are part of living so close to The Octagon.” He added that situations like this, where Dave had to “talk (noise control) down from confiscating gear ... really makes you nervous about putting on a show”.

Asked about complaints around noise control laws, a DCC spokesperson said: “We have recently received a complaint relating to the enforcement of Noise Control requirements at one music venue.” They added: “We are working to resolve this issue and hope to meet the parties involved soon to discuss a way forward. Police are required to be present when enforcing non-compliance with an Excessive Noise Direction (END), but it is up to Noise Control Officers to assess noise levels.”

For Ombrellos owner Ed Lobo, though, this was not simply a one-off incident. “The regulations allow for anyone to have the right to complain, whether or not (venues are) breaking the law. Noise control laws always lean to the complainants, so there’s no real way to find out whether we’re doing right or wrong — we’re just doing wrong by default.”

The DCC recently released their draft Ten Year Plan, including “financial support for arts and culture in Dunedin, through the Ara Toi — Our Creative Future arts and culture strategy.” They say they are “committed to working with the arts sector and value the contribution of all artforms, including music, to the wellbeing of our city.”

However, Ed notes that “there’s no real mention of how musicians are going to benefit. There are plans for the theatre, which is really good, but it only works for bigger acts. And while we want to see a lot of that, I would say there’s also a lot of interest in the smaller acts, the underground scene.” He complains that “I don’t feel (musicians) have been listened to yet. But I hope that the more musicians raise a voice, the more the council is going to listen. I think it’s time for us as musicians to get together.”

For Dave, the shutdown was the last straw: “The system is broken, and with the DCC pushing for inner-city development, the issue is only going to get worse.”

In response, he set up a Change.org petition aimed at Mayor Aaron Hawkins and the DCC called: “Don't Kill Live Music In Dunedin, Band together to have protection built into the 10y plan”. While not very catchy, it has some solid requests, including “reverse sensitivity” (i.e. considering how newer things like residents impact on established activities like live music), specifying what “reasonable noise” actually means in different circumstances, and exploring options “that would allow live music venues to confidently continue supporting local music,” such as live music licenses.

“The council wants public feedback on how to support arts and culture in the CBD for their 10 year plan,” says Dave. “We are giving it to them and we intend to be as loud as possible about it.” Feedback on the DCC Ten Year Plan has now closed.