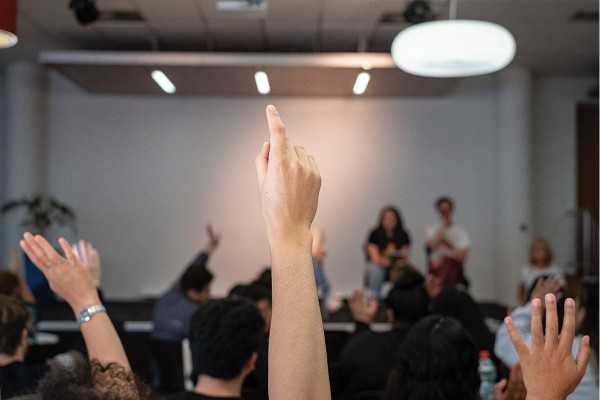 The Exec were able to validate their Covid-related constitutional breaches and raise their own pay at the SGM last Wednesday. The SGM met quorum, with over 100 students showing up.

The Exec’s pay rise generated discussion, because the OUSA President’s pay was set to go up by $8000 annually, while ex-officio members such as the Tumuaki of Te Roopu Māori (TRM), and the President of University of Otago Pacific Island Students Association (UOPISA) would only see a pay increase of $250 a year.

Cam, a Pasifika student, questioned why the increase in pay was lower for the ex-officio positions (i.e. the President of UOPISA and Tumuaki of TRM). “They run their own associations and provide their own culture support,” he said. “We should show respect and cultural appreciation for that.”

Michaela responded by saying that this was part of a larger question, where the ex-officio members were only paid for five hours a week. “It’s not enough, but we haven’t reconsidered their job descriptions,” she said.

Melissa Lama, President of UOPISA, said she wanted to “tautoko what Cam said.” “It’s not just hourly work, it takes time and consideration for what we do in that cultural space,” she said. Karamea Pēwhairangi, the Tumuaki of TRM, said there were a lot of things involved that could not be written down as an hourly rate. “Little things, one on one support,” she said.

Mhairi Mackenzie Everitt, OUSA’s Political Rep, said that she “completely agreed there is more work to be done regarding TRM and UOPISA. It’s a hard decision to make.” However she said that the pay increases for the Exec, who are paid an honorarium of less than minimum wage, was necessary to “alleviate financial hardship and for our wellbeing.”

Dan Stride’s motion for OUSA to lobby the government to reinstate the postgrad student allowance also passed. OUSA alumnus Mark Baxter gave an impassioned speech about how he “can’t come back to uni because [he] literally cannot afford it”.

A motion to restrict funding to only clubs that attend the SGM failed. This wasn’t the first time such a motion has been put before an OUSA SGM, with the same initiative being voted down in a previous SGM. OUSA denied that they put this motion in to attract clubs who want to vote down the motion.

Laura, a student who attended the SGM, described it as “fucking long”. The SGM really picked up at the end, when the raffle for the free BYO at Maharajas was drawn. Critic narrowly missed out on the BYO, holding ticket numbers 2, 3, and 7. The number 4 was drawn.