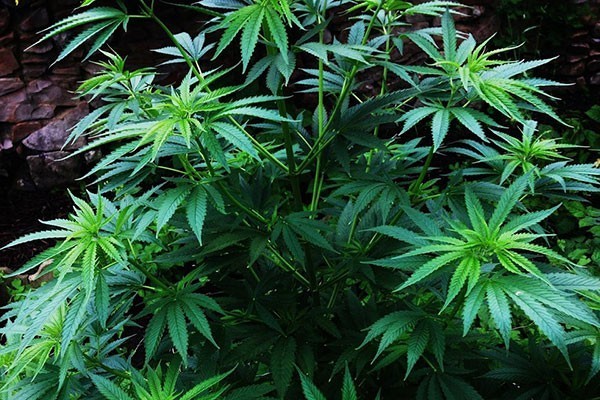 Calls for OUSA, society, everybody, to turn over new leaf

Bert Holmes, a veteran environmental and cannabis law-reform activist, has called for more “loud and proud” cannabis activism by students on campus, saying “that’s how we got to where we are today.”

In an interview with Critic Te Arohi, Bert, now coordinator of the Ōtepoti Cannabis Collective, talked about his experience as a student activist over a decade ago as a member of Otago NORML (then an OUSA-affiliated club, linked to the National Organisation for the Reform of Marijuana Laws, or NORML).

He noted that high-profile, public “civil disobedience” protests were a large part of what they did back then. Most prominent was “the 420 Club”, where until a few years ago, protesters smoked cannabis at 4:20pm every Monday, Wednesday and Friday on the Union Lawn. In 2014, then-Otago NORML leader Abe Gray called it “a reverse hunger strike, because we all know that’s not going to happen after a session.”

One of these protests, in 2008, led to the first arrest on campus in over 20 years. A plain-clothes policeman “approached one of us, grabbed his arm and started arresting him.”

Bert recalled: “It didn’t work out as well as the police were hoping, because we were activists, and we were staunch behind our rights, and we challenged the police every step of the way, and attention grew. There was an ODT photographer, and I went to tap him on the shoulder… Someone had a video camera, and we filmed it. [Green MP Metiria Turei], who just happened to be walking through campus, got involved. And I can remember this line of students forming, [with] shocked faces.”

He cited this as a situation where “being there can work to your advantage.” “Anyone who’s been in a volunteer organisation knows, there’s a lot of just ‘boots on the ground,’ nothing much happening, then you get this one moment, a spark, but that only [is effective] if you had put the groundwork in.”

While he acknowledged that current activists were a lot more active on social media, Bert didn’t see it as a substitute for public protests and civil disobedience campaigns, which he says “gave us the power to break the law with numbers”. He notes difficulties getting the word out, due to the “grey” legal status of many of these campaigns. “It takes a complaint from a member of the public to have the police come and choose whether to make an arrest,” says Bert, “but the moment you post something the AI can look it over and take it down … that’s not even a human.”

Despite the increasing normalisation of cannabis use, Bert stressed the urgency of keeping up their activism, especially in light of the ‘Yes’ campaign’s narrow defeat in the legalisation referendum. “People are living in the space that we fought for, and it’s a relatively comfortable space but everyone still looks down on you as a stoner. It still just feels like nothing’s changed. It might feel comfortable, but it’s still not safe, and that’s just as harmful.”

He called for students to “participate in the community. Have flat 420s in your front yard, play music proudly, smoke dope proudly, and have banners out saying ‘Live Like It’s Legal’ and ‘Dunedin Voted Yes’. Have a prohibition-free flat. Declare Castle Street a prohibition-free zone. Stand under those cameras and envelop them in a cloud of smoke.”