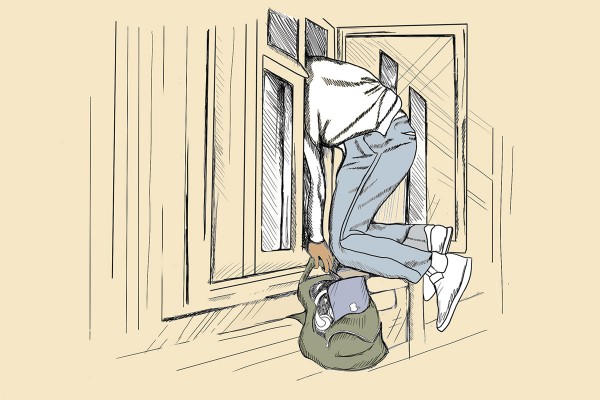 Hide yo kids, hide yo bong

There’s been an increase in flat damage in the North Dunedin area over Flo and O Week.

Critic spoke to Lulu Gordon, a student whose flat got messed up on the final days of O Week. Lulu was in her lounge enjoying a post-bender Maccas feast with her flatties when a couple of Long Whites were hurled through the window. Lulu pointed out that Long Whites were “a suitable bitch drink” for the perpetrators. The lads fled the scene only to return on Monday to check “out their handy work.” It is unclear if Lulu returned fire.

Some guy punched in Meg Anderson’s door with his bare fist during her O Week party. She never found the dude, but speculates that he “must have been one of our friends.” Meg’s damages didn’t stop there: a week later, someone else put their leg through her door. Meg went out to yell at them, but the perp shifted the blame to a bystander and fled the scene. Another window was smashed and pissed through before the damages ceased. Critic recommends new friends.

“We do the most we can humanly do [to keep flats secure],” said Campus Cop John Woodhouse. He said the lack of lighting on the streets around Leith and Castle made crime prevention harder. Jeanine Benson (the DCC’s Group Manager for Transport) confirmed that the streetlights in Castle, Leith, and Dundas Streets were replaced between June and December 2020. She said they had received a few complaints about a lack of light, but “only one from the tertiary precinct.”

If the police can’t identify a face on CCTV the best they can do is say ‘yep, someone sure did break your window’. That’s rough, buddy.