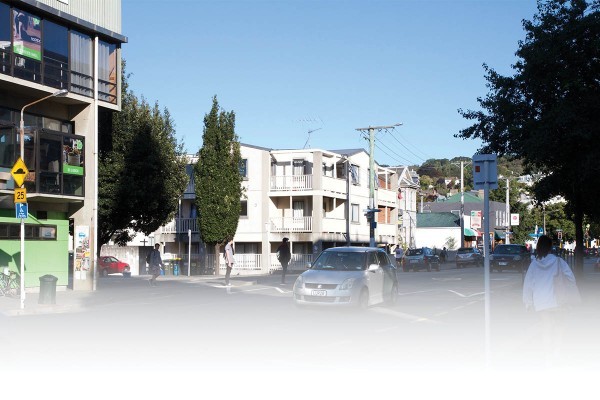 We stopped playing Crossy Road for a reason

The DCC will no longer confirm whether students will get an Albany Street pedestrian crossing. Last year, the DCC said it was “likely” in “late 2021.”

A 2017 poll showed that more students supported the crossing (78.6%) than discounted Lime scooters (68.9%), or even another student pub (53.5%). OUSA president Michaela Waite-Harvey said that while the DCC “are yet to act,” the crossing was a “clear priority” for OUSA and that she would continue to be vocal about it.

Students interviewed at the crossing last week expressed support. “Especially coming out of Grange, I feel like I’m going to get hit by a car,” said Izzy. “Every time I cross. [The street] really needs a crossing.”

Sam and Henry didn’t feel like they were going to get hit by a car, but agreed that the crossing would “definitely be useful.” George reckoned it’d be a good idea “to just go out one night and paint the fuckin’ thing myself.”

Katelyn, of Dispensary Coffee, had heard that DCC was planning on a crosswalk, and was “very excited at the idea,” because it would bring in business for the cafe. Emma, staffing the desk at OUSA Clubs and Socs, said she was torn.

“I’m conscious of the fact that traffic gets really backed up there, especially during rush hour. And this might sound bad, but students have figured out how to cross without getting hit, y’know?” She then said that student safety was the number one priority. “We should do whatever’s safest for students,” even if that meant inconveniencing commuters, “and it would definitely be safer for students to have a crossing.”

However, Emma was also wary of causing more traffic on the already congested street. She cited the crossing outside the Business School as an example of the possible problems that could arise.

Joni didn’t share Emma’s concern. When asked about the traffic a crossing may create, Jodi responded “who if it makes traffic worse?” She wanted a crosswalk, and didn’t care if it delayed commuters through campus.

Last year, DCC Transport Group Manager Jeanine Benson said that a crosswalk was being considered, but “unlikely to be seen until the end of 2021.” This week, she said that she was unable to provide more information until the DCC’s ten-year plan, from 2021 to 2031, is considered by the council.