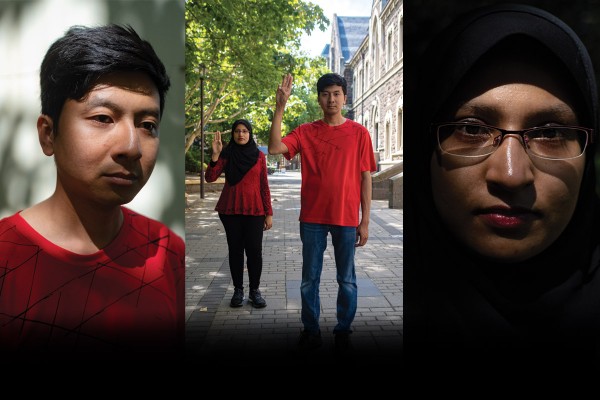 Dunedin Students Worried For Their Families in Myanmar

As the Myanmar Coup continues to unfold, students in Dunedin with deep ties to the Southeast Asian country can only watch and wait in fear. Two students from Myanmar spoke to Critic about the ongoing unrest.

“It’s no longer safe for anyone to be outside, even if they’re heading to the market for groceries,” said Hay, a third year Microbiology student at Otago.  “Many people have been taken to jails without warrants and the soldiers charge them with whatever they want. Soldiers asked for pedestrian’s cellphones and demanded them to open their Facebook account even if they say they don’t have one.”

Protestors have been on the streets for weeks since the start of the coup, and on Wednesday 3rd March, authorities in Myanmar began the most violent crackdown to date. According to the United Nations, 38 people were killed. Tens of thousands of demonstrators continue to take to the streets across Myanmar.

Hay and Philip, who is a management student at the Polytech, had planned a protest in Dunedin for Sunday 28 February. They had to cancel due to Covid restrictions.

“[These authorities] are the same military personnel that were in power years ago. They use the same tactics to scare people. They arrest people at night, enforcing curfews,” said Philip. Both Hay and Philip said that with executive power now in the hands of the military, the coup reminded them of similar military actions in 1962 and 1988.

“We are frustrated. We feel hopeless, to be honest with you,” Hay said. “We might have to fight for a long time. That takes energy and determination. We do not know what is in store for us in the future.”

Fear of speaking out is at an all-time high, after the news that State Counsellor Aung San Suu Kyi, President Win Myint were arrested by the army, along with other key politicians, civil society leaders, protestors, and journalists.

“[The government] might have our personal details and arrest us one day,” Hay said, “but that will not stop me from speaking out right now. This is my life and I have to do it, we have to speak out, for our country and our future.”

According to Hay, the only difference between the current coup and previous ones, is that there is a bigger Myanmar diaspora outside of the country this time. Being outside Myanmar enables them to speak out on atrocities to a wider audience.

Inside the country, freedom of expression is constrained. Since the start of the coup, Myanmar has endured five internet blackouts. Social media networks like Facebook and Twitter have been blocked to suppress information coming out of the country.

“By using virtual private networks, people back home [can] upload live updates of what is happening, and it has made it easier for everyone, especially for us, to talk to our family and know that they are safe,” said Philip.

Hashtags like #WhatsHappeninginMyanmar and #HearTheVoiceOfMyanmar have had hundreds of thousands of interactions up to this date.

“The protestors have done so much for the country. They have put their life on the front line.” said Philip. He was wearing a red t-shirt, which symbolises Aung San Suu Kyi’s party and is worn by most of the protestors.

Both Philip and Hay are hopeful there will be international intervention. “I appreciate that the Prime Minister [Jacinda Ardern] and her government are standing firm against the coup. We hope that they will join us in our effort to restore the country’s democratic government. Hit them hard where it hurts,” said Hay.