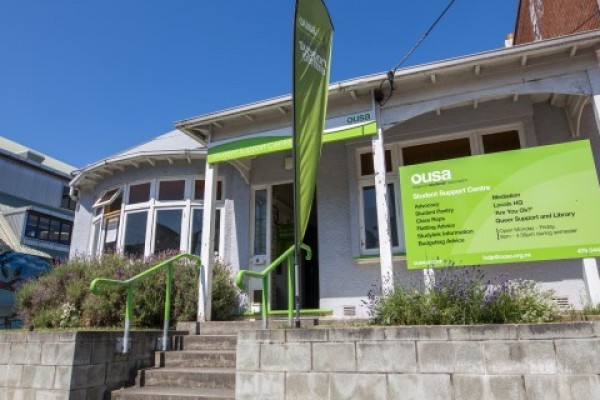 The team at OUSA Student Support dealt with 77 incidents of flatmate violence during 2020.

According to Sage Burke, the manager of OUSA Student Support, this number was “about the same” as 2019. That number was “bad to start with,” and given that a lot of students went home during the Covid lockdown, maintaining the same number as 2019 is “not great … my observation is that even though the numbers were the same, the individual situations were worse.”

At an estimate, he said that the cases that Student Support deals with are normally “70% psychological violence.” In 2020, he estimated that “at least 50% were very physical.” “We’re also having more reports of sexual violence in flats,” he said.

Student Support record numbers based on individual incidents, each time they go somewhere or talk to someone about flatmate violence. Sage emphasised that the cases Student Support see are “just scratching the surface.”

Sage said he wanted to tell anyone who had suffered from flatmate violence: “You are not a burden to us or anyone else.”

“All of the signs we see in family violence situations we see in flats,” Sage said. “Looking through people’s phones, wanting to know where they are, dictating which friends they can and can’t see, what they wear, all of the things that you see in those early stages of controlling behaviour in an intimate partner relationship. Those happen in flats, too.”

“And it’s easier to get divorced than it is to end a fixed-term tenancy,” Sage said. Previously, the Residential Tenancies Act did not give grounds to leave a tenancy on the basis of domestic violence. Now there is special provision for that, and Sage is hopeful it will make a difference.

“You can give notice and provide evidence and you’re off the tenancy in two days,” he said. The idea, although the law is recent and has not been applied yet, is that the evidence can be “holistic,” rather than limited to just a police report. If tenants leave for reasons of domestic violence, “it reduces rent to the other tenants for two weeks as well.”

“Please don’t think that we can’t do anything,” said Campus Constable John Woodhouse. “Police have many tools to deal with issues as they arise, such as having a discussion, through to issuing protection orders or making arrests, depending on the nature and seriousness of the complaint.”